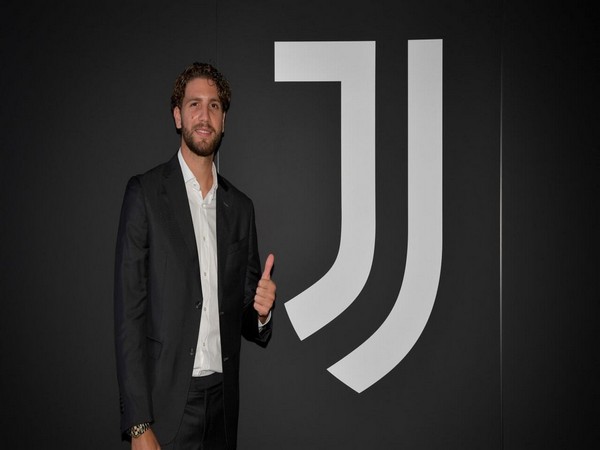 Turin [Italy], August 18 (ANI): Manuel Locatelli has joined Juventus FC from Sassuolo, the Serie A club confirmed on Wednesday. The terms of the deal have yet not been disclosed by the Italian club.

Serie A giants have acquired Locatelli on an additional two-year loan through 2023, with an obligation to buy, as per Goal.com. Juventus' midfield has definitely been enriched with the arrival of Locatelli.
The arrival of the 23-year-old also increases the tally of Italian Bianconeri who took part in the Azzurri's incredible Euro 2020-winning campaign to five, together with Federico Bernardeschi, Leonardo Bonucci, Giorgio Chiellini and Federico Chiesa. And just like them, Locatelli proved to be one of the protagonists in the competition: his brace alone against Switzerland is just proof of this.
In addition to his goals, Manuel is an absolute quality and security in midfield, bringing a level of class that few have. The giant steps he has made in the top-flight, after a period at Atalanta and Milan's youth teams, only confirms this.
Since making his Serie A debut with Milan (April 2016), he is the youngest outfield player to have played at least 100 appearances in the Italian top-flight (144 appearances, with eight goals and 11 assists). Whilst on duty with Sassuolo last season (the team he joined in 2019 from Milan), Locatelli was recorded as having made the most passes in Serie A (2,749), while also successfully completing the greatest number of passes (1,358). That's not all, his stats also showed that he won the most tackles in the top-flight, with 81 to his name.
Since making his Azzurri debut (September 2020), he is one of the players with the most appearances, 15, all while scoring three goals (two of which came in the Euro as previously mentioned). It was with that brace that Manuel became the third player to score two goals with Italy at the European Championships, after Pierluigi Casiraghi during the Euro 1996 and Mario Balotelli at Euro 2012. (ANI)