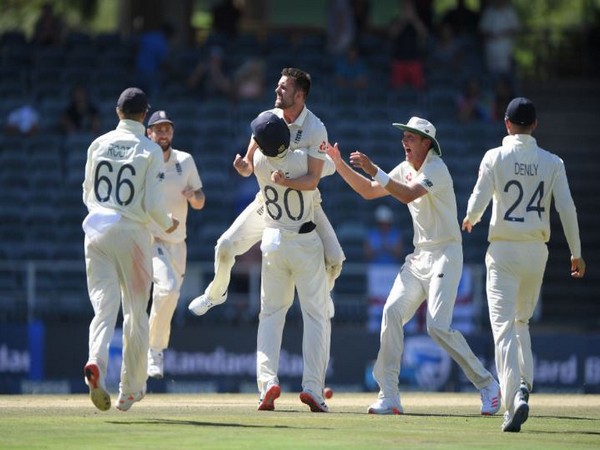 With this victory, England won the four-match Test series by 3-1. The visitors on Sunday were all out on 248 runs, setting a target of 466 for South Africa.
South Africa had a decent start to their second innings today as openers, Pieter Malan and Dean Elgar, played cautiously. However, their 39-run partnership was broken by Chris Woakes as he dismissed Malan (22).
Rassie van der Dussen then came out to bat and added another 50 runs to the board along with Elgar. Ben Stokes ended their partnership as he caught and bowled Elgar (24). The skipper Faf du Plessis was the next batsman and joined Van Der Dussen out on the field.
The duo played brilliantly and kept the scoreboard running. Stokes provided England with a much-needed breakthrough as he bowled Du Plessis (35) to end their 92-run partnership. In the next over, Mark Wood got hold of Van Der Dussen, who missed his century by two runs.
South Africa crumbled after Van Der Dussen's dismissal and kept on losing wickets. England bundled out South Africa on 274 runs in their second innings.
Wood picked up four wickets while Stokes and Stuart Board clinched two wickets each. (ANI)