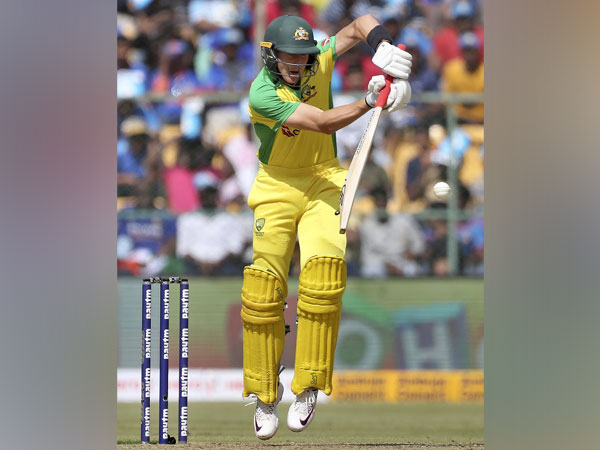 The right-handed batsman who is playing in his third ODI achieved the feat in the ongoing clash against India at the M Chinnaswamy Stadium here.
The 25-year-old smashed 54 runs off 64 balls in the series decider before being scalped by all-rounder Ravindra Jadeja in the 32nd over. Skipper Virat Kohli took a brilliant catch diving low to his right side. In the previous game, Labuschagne played a knock of 46 runs off 47 balls.
Earlier, Australia won the toss and opted to bat first. The visitors lost their first wicket in the third over as Mohammed Shami scalped David Warner (3) caught at the hands of the wicket-keeper KL Rahul.
Skipper Aaron Finch and Steve Smith put on a brief 28-run stand, but Finch's (19) stint was cut short by substitute fielder Yuzvendra Chahal as he had him run-out in the ninth over, reducing Australia to 46/2.
Labuschagne then joined Smith in the middle and the duo put on pressure on the Indian bowling attack. Both batsmen stitched together a partnership of 127 runs and their stint saw both batsmen going past the 50-run mark.
Labuschagne's inclusion in Australia's limited-overs squad is due to his current form in Test cricket. He recently attained the career-best Test ranking and reached the number three spot. He moved up one slot after scores of 215 and 59 against New Zealand that not only made him the 'Player of the Match' but also helped him clinch the 'Player of the Series' award.
He was the highest scorer in the series with 549 runs, while his five previous Tests that include two at home against Pakistan, have seen him amass 896 runs. (ANI)