Marnus not in limited-overs squad as it's more practical for him to remain in UK: Hohns 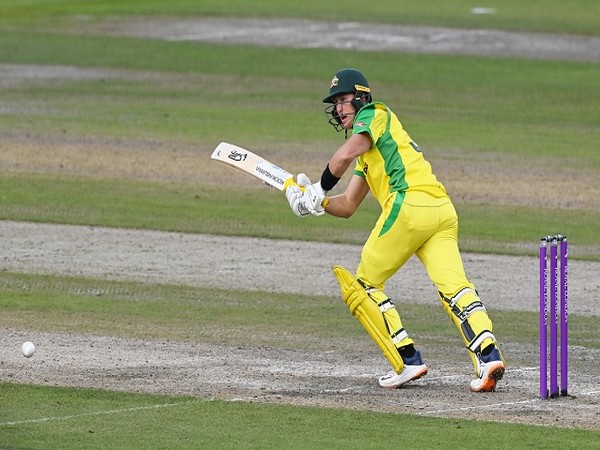 Melbourne [Australia], May 17 (ANI): Australia men's national selector Trevor Hohns on Monday said that Marnus Labuschagne was not named in Australia's limited-overs squad for the upcoming series against West Indies as it is more practical for him to remain in the UK.

Australia and West Indies are set to lock horns in five T20Is and three ODIs in July this year. Steve Smith, Mitchell Starc, Josh Hazlewood, David Warner, Moises Henriques, Alex Carey, and Pat Cummins return to the squad after missing the recent white-ball tour of New Zealand.
"Anyone who knows Marnus understands he would give absolutely anything to play for Australia and he is deeply upset to miss out due to circumstances beyond anyone's control. We worked through numerous options in conversations with Marnus to find a workable solution but ultimately came to the conclusion it was more practical for him to remain in the UK," Hohns said in an official Cricket Australia release.
"Had we not been in the middle of a global pandemic Marnus would be on this tour as a well-established member and important part of the one-day side. It's an unfortunate circumstance of the many challenges the world is facing right now. As it stands, Marnus has the opportunity to continue in County Cricket and T20 games with Glamorgan as we head into the World Cup and home summer," he added.
Hard-hitting batsman Matthew Wade, Marcus Stoinis, and Mitchell Marsh join D'Arcy Short in the mix for the final batting places. They all add the flexibility of being able to play in the top or middle-order.
Highly rated bat Josh Phillipe adds another top-order option with captain Aaron Finch and David Warner and as an additional backup wicketkeeper/batsman to Alex Carey and Matthew Wade.
Experienced all-rounders Stoinis, Moises Henriques, and Marsh are joined by the in-form Maxwell in the preliminary squad. Daniel Sams advised the NSP he was unavailable for selection for the tour of the West Indies on health and wellbeing grounds. CA supports Sams's decision.
Pacemen Kane Richardson, Jhye Richardson, and Andrew Tye join Cummins, Hazlewood, and Starc as the primary pace strike weapons. They are joined by gun speedster Riley Meredith and left-armer Jason Behrendorff.
Australia's 23-member preliminary squad: Aaron Finch (c), Ashton Agar, Jason Behrendorff, Alex Carey, Pat Cummins, Josh Hazlewood, Moises Henriques, Mitchell Marsh, Glenn Maxwell, Riley Meredith, Josh Philippe, Jhye Richardson, Kane Richardson, Tanveer Sangh, D'Arcy Short, Steven Smith, Mitchell Starc, Marcus Stoinis, Mitchell Swepson, Andrew Tye, Matthew Wade, David Warner, Adam Zampa. (ANI)