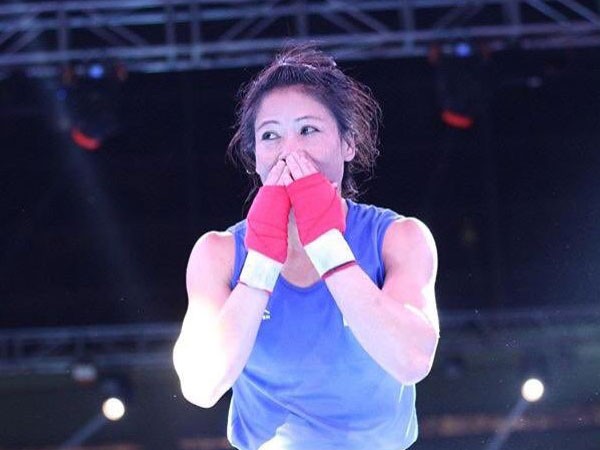 Ulan-Ude [Russia], Oct 12 (ANI): Mary Kom on Saturday questioned her semi-final loss in the ongoing Women's World Boxing Championships.
After the match, Kom was surprised at how she had been scored by the match officials.
She took to Twitter and shared the entire match's video. The 36-year-old captioned the post as "How and why. Let the world know how much right and wrong the decision is... @KirenRijiju @PMOIndia.

A Boxing Federation of India official also said that an appeal has been filed.
"We have appealed, the yellow card has been given. But we have to wait for an official word," a BFI official told ANI.
Six-time world champion Mary Kom was knocked out of the Women's World Boxing Championships on Saturday after facing a defeat in the semi-finals of the tournament. As a result, she would now have to settle for a bronze medal.
Turkey's European champion Busenaz Cakiroglu defeated her 4-1 in the 51-kg category.
On the way to the semis she had defeated Rio Olympics bronze medalist Ingrit Valencia 5-0 in the quarter-final.
(ANI)