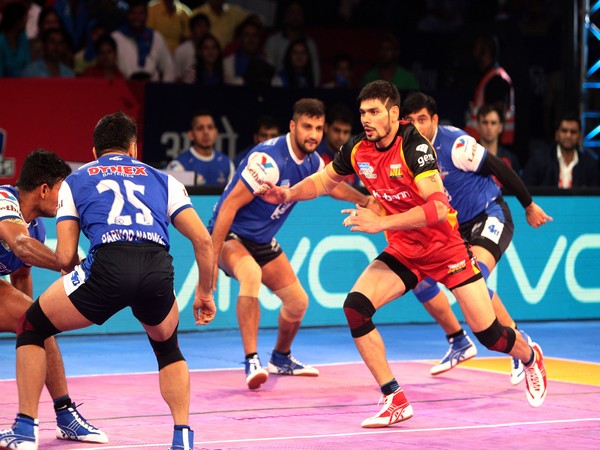 Bidders across the globe can purchase from Thursday ITT documents from www.pklmediaauction.com (Tender Portal). Each bidder will be required to register on the Tender Portal, pay the relevant amount, and upload required documents for downloading and accessing the ITT.
The ITT can be purchased from the Tender Portal at INR 2,50,000 (Rupees Two lakh fifty thousand only) plus taxes for entities incorporated in India and USD 3,500 (United States Dollars Three thousand five hundred only) plus taxes for entities incorporated outside India (in both cases non-refundable and non-adjustable).
"Pro Kabaddi League has led the renaissance of India's indigenous sport of kabaddi by creating a world-class sport spectacle. Season after season, Mashal Sports has worked towards elevating the competition and athletic standards, along with fan and consumer engagement. The success has been built with our key partners AKFI, the PKL Teams, as well as Star as the media partner for Seasons 1 - 7," said Anupam Goswami, CEO - Mashal Sports and League Commissioner of the Pro Kabaddi League in an official statement.
"We are confident that the upcoming PKL media rights auction will enable the League to grow to a new level, for a renewed and stronger engagement with sports fans and consumers, and further grow the sport of Kabaddi. Of course, we take great pride in the fact that PKL will be the first league outside cricket to auction its media rights," he added.
The last date to purchase the ITT document is March 12 2021 while the last date for bidders to submit bid documents is April 2. The online auction will be held on April 5, 2021.
The shortlisted, eligible bidders can subsequently place bids for one or more of the following media rights packages, through an e-auction process:
Package A: This consists of Global Television Rights; Rest of the World Digital Rights; Sponsorship Rights - On-air and On-ground (including Title Sponsorship); Audio Rights; Film Rights; Fixed Media Rights; Clip Rights; Footage Rights and Public Exhibition Rights. Package A rights holder will also have the obligation to produce the world feed.
Package B: This consists of India Digital Rights; Mobile Activation Rights; Inflight/On-Board Rights and Virtual Reality Rights.
Package C: This consists of Gaming Rights which includes rights to operate a fantasy league; create, produce or offer mobile, computer or console games, e-sport and other kabaddi games.
Package D: This is the Consolidated Rights Package i.e. all media rights offered under Packages A, B and C.
The details regarding the media rights packages, terms and conditions governing the submission, evaluation of bids including eligibility requirements and performance obligations in respect to each media rights package are contained in the ITT available on the Tender Portal.
Furthermore, bids will only be accepted from entities that purchase the ITT or from entities within the same group as the entity that purchases the ITT, or from a consortium including at least one member that purchases the ITT.
Mashal also clarified that mere registration on the Tender Portal and/or purchase of the ITT does not qualify or entitle the party to participate in the online e-auction. The eligibility of any participant to participate in the auction shall be governed by the ITT and shall be at the sole discretion of Mashal. (ANI)