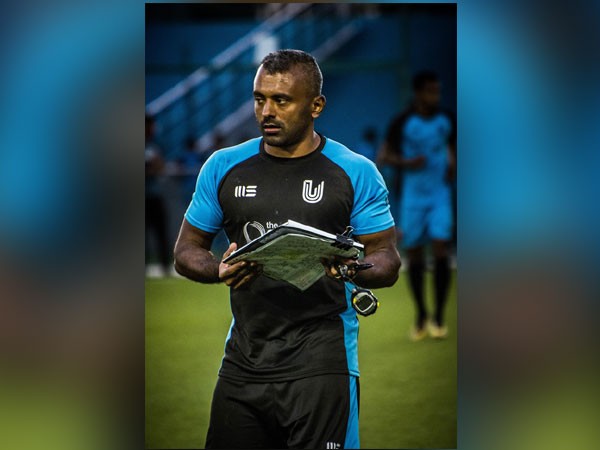 Bengaluru (Karnataka) [India], July 22 (ANI): FC Bengaluru United coach Richard Hood has said adapting training tactics to factor in a long period of inactivity will be integral to his team's preparation for the I-League qualifiers.

The Qualifiers are scheduled to be held in Bengaluru in September and will see 10 teams vying for one available spot in the I-League.
FC Bengaluru United, who were crowned BDFA Super Division League Champions in March, will be keen to carry forward their winning performance into the Qualifiers and seal their entry in front of their home crowd.
"Getting match practice is going to be crucial before the I-League Qualifiers as we want to hit the ground running from our very first match in the competition. We will have to get creative if we do not have any overt opportunities like recognised tournaments to compete in," said Hood.
"Internal training games and friendly games have their place in the scheme of things - but we will look to secure game time with real consequences and something to play for. The management is working hard towards organising our calendar towards this," he added.
The long absence of competitive football due to the pandemic is undoubtedly going to be a challenge for all teams as the footballing calendar resumes. Teams will likely have to make tactical and personnel adjustments to make up for this gap.
Speaking about the need for his team to adapt to the existing conditions, Hood said, "Throughout the history of the game we have seen tactical evolutions emerge leading to trends within certain leagues, coaching and international competitions, which is fascinating to study. The reasoning behind the tactical adjustments or adaptations are unique to each team be it new signings, a new coach, ways of managing energy levels, controlling the tempo and such.
"To understand these considerations is a crucial part of our job as coaches while it is even more important to remain true to our core ideals.
"It is key for us to be vigilant of our own circumstances and script how we want to play the game and organise the players we have to secure results. Based on the squad churn and the opponents we face - adjustments are inevitable to ensure that we win," he added. (ANI)