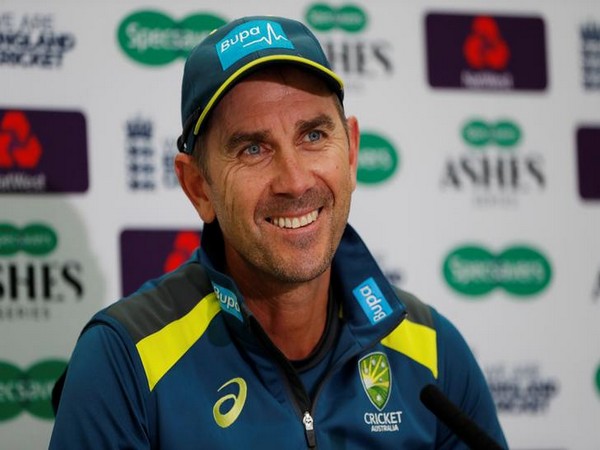 Melbourne [Australia], Mar 26 (ANI): Coach Justin Langer has revealed that Cricket Australia will be closely monitoring the mental health of the players and staff who are currently living alone during long periods of isolation forced by the coronavirus pandemic.

"The mental health thing, we talked about it in a conference call yesterday, particularly for any of our staff or players who are home alone basically. We have to keep an eye on those guys and girls to make sure they're ok," ESPN Cricinfo quoted Langer as saying.
"Hopefully being around their families and having a rest from the pressure of the games at the moment will have an impact. But we're very aware and we've got incredible resources available for all our players and staff at Cricket Australia. In leadership we talk about caring about people - it's a really, really important part of any leadership," he added.
As COVID-19 pandemic has brought all sporting action to a halt, Langer hailed Cricket Australia's resources and said that the CEO Kevin Roberts is leading the charge on all fronts.
"It's been led by Kevin Roberts, we are doing that - to make sure we're caring and supporting all our staff. So with that, we have greater awareness of the mental health issues. We have awareness of people who will be more or less vulnerable to that. So we'll make sure we look after them and care for them. That's absolutely crucial," Langer said.
"We've got incredible resources in Cricket Australia now. We've got full-time professional development managers in all the states, we've got full-time psychologists at most of the states. At CA we have incredible resources. I've had 15 teleconferences in the last week or so and found it really working well," he added.
Due to the coronavirus pandemic, cricketing action across the globe has come to a halt.
The England Cricket Board (ECB) announced that England's tour to Sri Lanka for a two-match Test series has been suspended due to the pandemic.
The ODI series between India-South Africa and Australia-New Zealand have also been postponed.
Indian Premier League's (IPL) 13th edition has been suspended until April 15.
Cricket South Africa (CSA) has suspended all forms of cricket for the next 60 days after the country's president Cyril Ramaphosa declared a state of disaster on Sunday. (ANI)