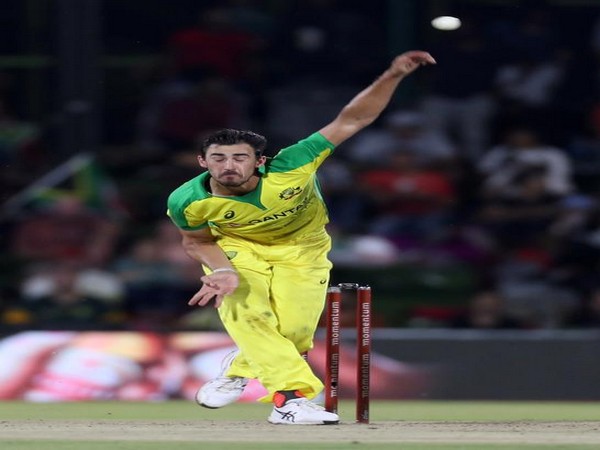 As a result, the pacer will not be playing the third ODI against South Africa on Saturday.
Starc's wife Alyssa Healy is a part of the Australian squad who will face India in the finals of the Women's T20 World Cup on March 8.
A crowd of over 80,000 people is expected to watch the finals between India and Australia at the Melbourne Cricket Ground (MCG).
"It's a once-in-a-lifetime chance for Mitch to watch Alyssa in a home World Cup final and so we were happy to allow him to return home to support his wife and be part of a fantastic occasion," cricket.com.au quoted Australia coach Justin Langer as saying.
"It is something we have been talking about for a while and, given Mitch has had a considerable workload in all three formats this summer, his heading home a couple of days ahead of the rest of the squad means he will have a chance to refresh ahead of our home and away one-day internationals and Twenty20 internationals against New Zealand that will wrap up our season," he added.
Australia is 0-2 down in the three-match series against South Africa. Starc's absence is set to provide a chance for one of Josh Hazlewood, Jhye Richardson and Kane Richardson to earn a spot in the playing XI.
South Africa and Australia will take on each other in the third ODI on Saturday. (ANI)