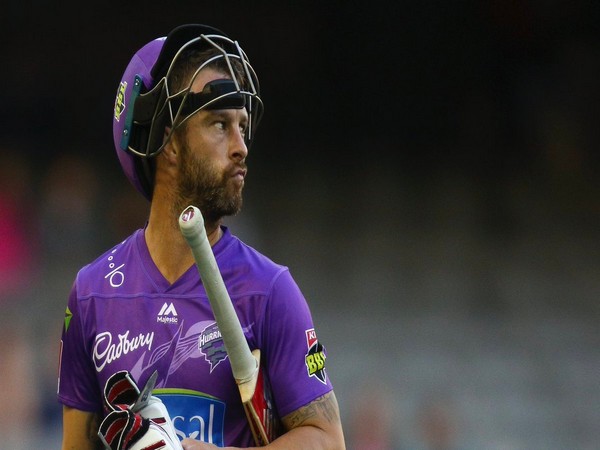 Chasing 191, Renegades got off to a poor start as Marcus Harris (2) was sent back to the pavilion with just nine runs on the board. Soon after, Sam Harper also had to walk away from the field as he got retired hurt with Renegades' score at 25.
Shaun Marsh and Beau Webster then retrieved the innings for the side as the duo put on 69 runs for the second wicket. Hurricanes finally got the breakthrough in the 11th over as Qais Ahmed dismissed Marsh (56), reducing Renegades to 102/2.
Mohammad Nabi then came out to the middle and changed the complexion of the innings as he registered a half-century off just 25 balls.
With 24 runs required from last two overs, Nabi smashed two sixes in a row in the penultimate over, but in looking for the third, he perished after playing a knock of 63 runs.
In the end, Renegades' chase derailed in the final over, and the side had to endure a four-run loss.
Earlier, Macalister Wright and Matthew Wade's knocks of 70 and 66 respectively enabled Hobart Hurricanes to post a total of 190/3 in the allotted twenty overs.
Openers Wade and Wright provided the Hurricanes with a quickfire start, which saw Wade bringing up his half-century. Renegades finally got the breakthrough in the eighth over as Wade (66) was sent back to the pavilion by Cameron Boyce, reducing Hurricanes to 84/1.
Jake Doran (4) and David Miller (11) failed with the bat, but Wright and Ben McDermott ensured that the Hurricanes go past the 185-run mark.
Wright and McDermott remained unbeaten on 70 and 38 respectively.
Brief Scores: Hobart Hurricanes 190/3 (Macalister Wright 70, Matthew Wade 66, Cameron Boyce 2-27) defeat Melbourne Renegades 186/4 (Mohammad Nabi 63, Beau Webster 50, Qais Ahmed 1-25) by four runs. (ANI)