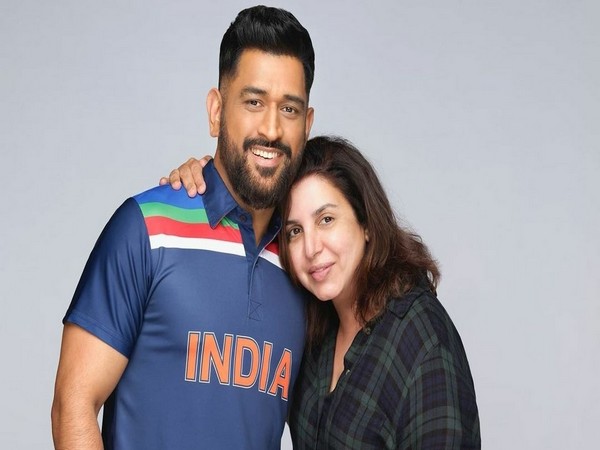 Filmmaker Farah Khan directed Dhoni for an advertisement and as soon as the pictures were revealed, the fans and followers couldn't keep calm as they saw the former Indian skipper in the retro jersey.
Taking to Instagram, Farah posted a picture with Dhoni from the sets of their shoot, wherein he can be seen sporting the team India's jersey.
Along with it, she revealed that Dhoni took photographs with everyone present at the shoot right from her to the spot boys.
"Directed @mahi7781 for an ad today .. What an amazing guy.. so punctual, so down to earth, took pics with everyone frm clients to spotboys with a smile..im a fan now.. pic credit: @dabbooratnani #nonakhrastar," she wrote.
Dhoni had announced his retirement from international cricket in August last year. The boy from Ranchi, who made his ODI debut in 2004, changed the face of Indian cricket with his calm demeanour, sharp understanding of the game, and astute leadership qualities.
The Chennai Super Kings (CSK) skipper will be back in action when the UAE leg of IPL resumes in September.
The Board of Control for Cricket in India (BCCI) on Sunday announced the schedule for the remainder of IPL. A total of 31 matches will be played in the duration of 27 days.
Mumbai Indians will lock horns with CSK on September 19 to resume IPL 2021. The final game of the league stage will be played between Royal Challengers Bangalore and Delhi Capitals on October 8.
The 1st Qualifier will be played in Dubai on October 10. The Eliminator & Qualifier 2 will be played in Sharjah on October 11 and 13 respectively with Dubai hosting the final of IPL 2021 on October 15 this year. (ANI)