My best cricket is yet to come: David Willey after maiden five-wicket haul 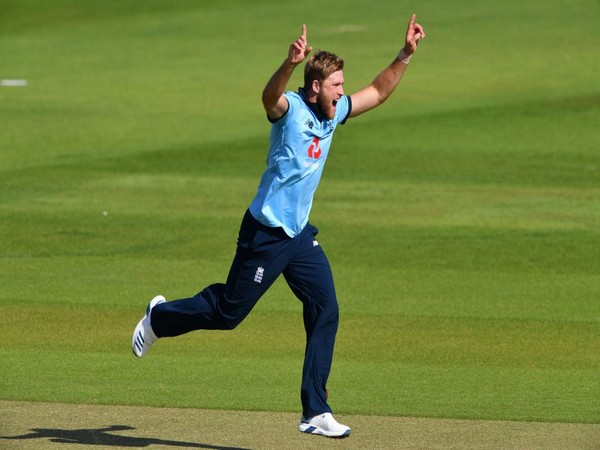 Hampshire [UK], July 31 (ANI): England's David Willey said that his "best cricket is probably still to come" after he secured his maiden five-wicket haul on Friday.

The 30-year-old's dominating performance guided the hosts to a six-wicket win over Ireland in the first ODI. However, before coming into this series, the pacer had missed England's last 22 white-ball games.
Willey said Richard Pyrah, his bowling coach at Yorkshire, invested time in him and feels like he is moving in the "right direction".
"He's had me badgering him at all times of the day in the winter and fortunately he has invested some time in me. I feel like I'm moving in the right direction and I feel like my best cricket is probably still to come," ESPNcricinfo quoted Willey as saying.
During the match, Ireland only managed to score 172 runs after being asked to bat first. Sam Billings and Eoin Morgan's unbeaten knocks of 67 and 36 respectively sealed England's win.
Willey further stated, "It was just special to be out there playing for England again. The main priority was to enjoy it. I've gone away and worked quite hard to get back near my best. It's been a rollercoaster, but I was just out there enjoying my cricket today."
The second ODI between England and Ireland will be played on Saturday. (ANI)