My dream is to be first F1 World champion from India: Yash Aradhya 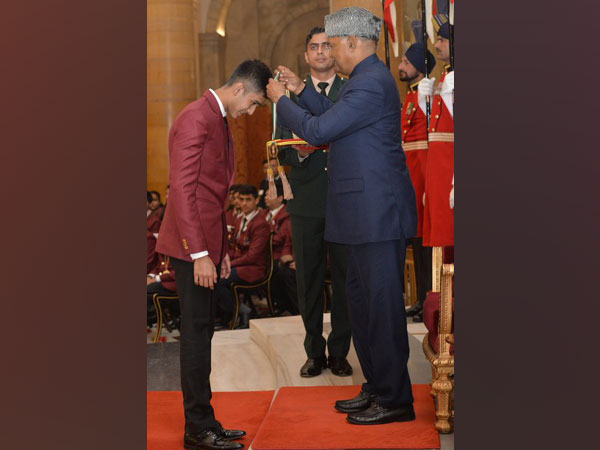 "My dream is to be the first F1 World champion from India that's what I am aiming for," Aradhya told ANI.
Aradhya thanked Prime Minister Narendra Modi Ministry of Women and Child Development for recognizing his achievements in motorsports.
"I am so honored to receive this prestigious award of Pradhan Mantri Rashtriya Bal Shakti Puraskar and I would like to humbly thank Prime Minister of India and Ministry of Women and Child Development. I am eternally grateful to them for recognizing my sport my achievement and awarding me," he said.
The 17-year-old has been scorching race tracks since the age of eight. He has 13 championship wins including over 65 podium finishes and 12 awards to his credit.
Max Verstappen is Aradhya's racing ideal and apart from Usain bolt.
He thanked the Federation of Motor Sport Club of India (FMSCI) and Federation Internationale de l'Automobile (FIA) for developing motorsports in India.
The motorsports stars said that motorsports in India is becoming popular like cricket.
"I think motorsport is becoming popular just like cricket now, people are understanding and getting into motorsport all thanks to Federation of Motor Sport Club of India (FMSCI) and FIA again. I think there is a good future in motorsports it's like any other sport and that's what I believe. Narain Karthikeyan India's first F1 racer and Gaurav Gill is the rally champion so there are few merging champions from India," he stated.
Aradhya said that he requires the backing of large corporates for the upcoming racing tournaments.
"India has provided good platform and my needs are to be racing and testing a lot I need 200 days in a year of testing and racing for that I have made it up to this level by the support of some corporates and now I am looking larger corporates as well who will be able to support me and helpfull filing my dream and making my motherland proud," he added. (ANI)