My dream was to play for NSW Breakers: Sammy-Jo Johnson 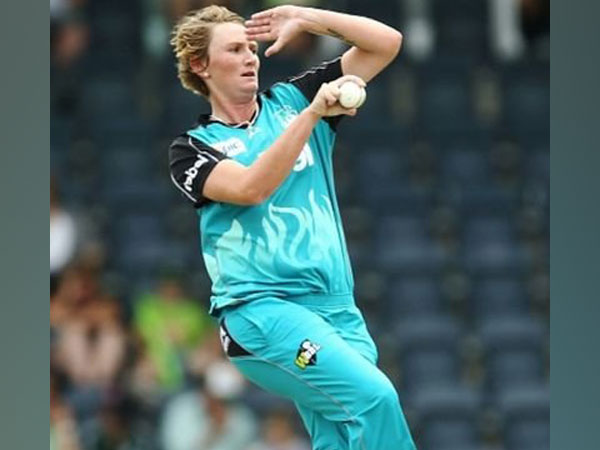 London [UK], June 30 (ANI): Cricketer Sammy-Jo Johnson, who recently signed with the New South Wales Breakers has said that her dream was to play for the NSW Breakers as a teenager.

Johnson returned to NSW after nine years with the Queensland Fire. The 27-year-old pace bowler feels that joining the NSW Breakers might give her a chance to play for Australia too.
"As a young teenager, the dream was to play for the (NSW) Breakers. I do not think I have really come to terms with it. I do not regret playing for Queensland. I have loved the opportunity. I have had nine years and they have helped me become the person I am today," ESPNCricinfo quoted Johnson as saying.
"I would not be where I am without Queensland Cricket. But it is nice to come back -- this was a dream, now I get to do it when I am at the top of my game and hopefully, it might give me a chance to put on that green and gold shirt," she said.
Johnson was the spearhead of the Queensland Fire attack for many seasons, claiming 39 Women's National Cricket League wickets at an average of 27. (ANI)