My role is to build pressure: New Zealand spinner Mitchell 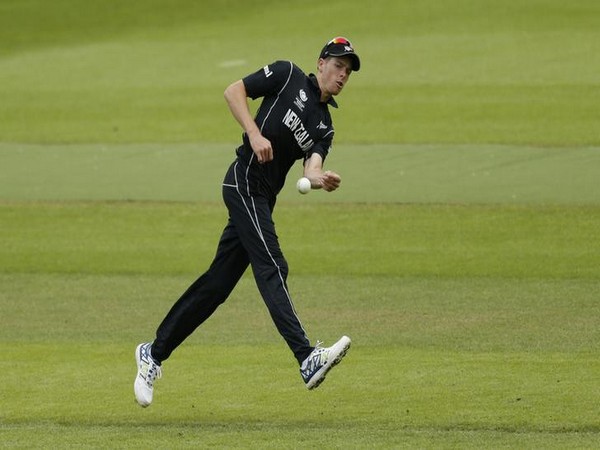 London [UK], July 13 (ANI): Ahead of the World Cup final against England, New Zealand spinner Mitchell Santner said on Saturday that his role in the match would be to build pressure and try to get wickets that way.

"Over here (Lord's), there is a not a lot of spin, especially for a finger spinner. So my role through the middle is to build pressure and try and get wickets that way," ESPN Cricinfo quoted Santner as saying.
Using the same strategy, Santner helped his side register an 18-run victory against India in the semi-final, which was played on July 9 and 10 (due to rain).
Santner bowled two maiden overs and the Indian batsmen were finding it hard to steal runs from his over, which started piling pressure on the Men in Blue.
As a result, both Rishabh Pant and Hardik Pandya gave away their wickets to Santner in the match.
However, Santner's most expensive figures in this World Cup came against England when he conceded 65 runs and picked up just one wicket.
Santner acknowledged the fact that it is going to be a 'tough test' for him.
"It can go one or two ways. That means you are always in the game rather than trying to block it out. It is going to be a tough test. The role of a spinner is to bring your length back, bowl into the wicket, rather than overpitch," he said.
"Spinners get hurt when they overpitched, especially to Jason Roy, who can hit it 30 rows back. On smallish grounds, you have got to be real, real tough with your length," he added.
New Zealand will face England for the World Cup final at Lord's on July 14. (ANI)