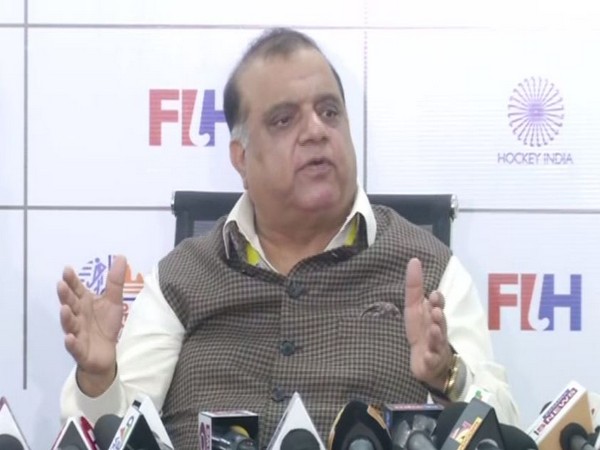 New Delhi [India], June 24 (ANI): Narinder Batra, the president of the Indian Olympic Association has said that he is disappointed with the lack of contribution of IOA members for safely resuming sports activities.

In May this year, the IOA had come up with a 'white paper' plan to restart sports activities as soon as possible.
The white paper titled "Resumption of Sport in India" was prepared by Narinder Batra and its aim was to ask all stakeholders for their feedback for safely resuming sport.
However, now Batra has said that members of IOA, including National Sports Federations, did not give much contribution to the study.
"I am disappointed that most members of the Indian Olympic Association, be they National Sports Federations or State Olympic Committees, have not contributed to the study in any way, not even indirectly by sharing the survey with their constituents, especially the contemporary and erstwhile athletes," Batra said.
"In fact, I gathered from a number of athletes that their respective National Sports Federations did not share the survey with them at all," he added.
Batra further said that this survey was a perfect opportunity for all the stakeholders in the Olympic Movement to contribute to the decision making process.
"The survey was an opportunity for the key stakeholders in the Olympic Movement in the country to contribute to the decision-making process by Government officials," Batra said.
"We could have been heard as one voice, representing the entire sports community. Instead, many National Sports Federations chose to not embrace the opportunity," he added.
As part of the White Paper study, Batra said that more than 75 per cent of the respondents have said that it would be appropriate to resume training as soon as lockdown ends.
He also said that some of the respondents have asked to resume training in August.
"It should be possible to resume some form of sports and physical activity in designated Green Zones, but only while observing the strict Covid-19 social distancing and hygiene requirements. In Orange and Red Zones, physical activity outside of homes should be limited until their status is changed to Green Zone," the document 'White Paper Study' reads.
"Also, in an individual non-contact sport like Archery, Shooting, etc, it should be possible to resume training after Lockdown is lifted in the different zones. The training centres must ensure medical precautions (thermal checks and sanitisers) are adhered to for each individual before allowing him or her entry to the training areas," it added.
As part of their feedback, Boxing Federation of India has said that they wish to resume all the permissible boxing-related training activities as mentioned in the SOP of SAI as soon as the lockdown is over in a phased manner and the transport facilities are restored.
The BFI has stated that they would have a limited number of national campers training at the start and gradually the number would be increased as the situation normalizes.
Most of the NSFs have said that competitions can begin in the country once the government gives their go-ahead.
However, all of them reached the consensus that the competitions might take place behind closed doors for the initial few months. (ANI)