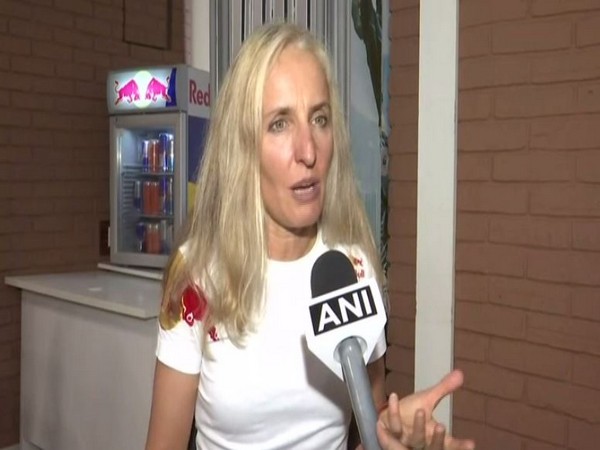 The Switzerland born triathlete is very well focused and confident for the upcoming game and shared her worst to nice experience.
"At the age of 23, I started running but I was not born athlete so I started running very short and afterward I was happy. So, I knew this is the path to go. At that moment it was not my goal to be world champion one day. It was just my goal to get fitter, healthier, and be happier. These are our main goals to enjoy life," Badmann told ANI.
The 52-year-old spoke about her injuries and recoveries and shares her mantra of winning and said mental fitness is very much important when you dream to win big.
There was a time when after her shoulder injury the doctor asked her to rest and told her that her career is over she won't be able to race ever but she fought and won it.
"The nice thing in my life was when I became a world champion. This sounds like the easy and bright side but every medal also has another side. And that side was I had a heavy accident of my six wings both the shoulders got damaged that much that doctor said, I would be not able to race again, I would not be able to swim again. this really hit me hard as I thought I never might be a comeback. So, it really used a lot of mental training and rehab work that I was able again to racing," Badmann said.
Talking about the fitness she said: "The diet and nutritious food are very important for the athlete and also getting rehydrated. There are people in the race who intake bad sugar in the form of energy drink and later they start vomiting so whoever it is taking good sugar is important when you try to restore the energy," she added.
Talking about the sporting culture in India she said: "There are different sports played across the world but what important here is we have to have a favourable climate for the foreign players because it's really hot here in India, if climate would be favourable then it would be very much supportive for the international sports and the international players in all sports."
She also said that she is very much confident and hopeful of the Ironman World Championship 70.3 to commence on October 20 in Goa. (ANI)