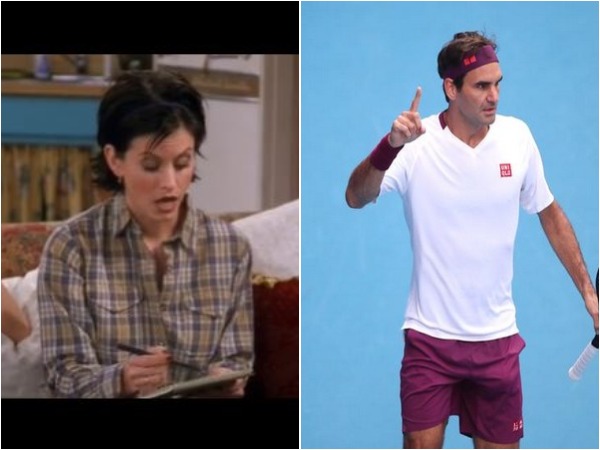 New Delhi [India], Jan 28 (ANI): As the whole world goes gaga over Roger Federer's greatness during his quarter-final match in the ongoing Australian Open, Netflix India also did not waste the chance to hail the maestro's antics on the tennis court.

Federer on Tuesday won his quarter-final against Tannys Sandgren to enter his 15th Australian Open semi-final. He defeated the American 6-3, 2-6, 2-6, 7-6, 6-3.
Netflix India, came up with a 'FRIENDS' reference to describe how Federer saved seven match points to enter the semi-finals.
A famous scene from the sit-com involving 'Monica Geller' essayed by Courteney Cox and 'Chandler Bing' portrayed by Matthew Perry was used by the handle of the mega streaming platform.
In the scene, Monica teaches Chandler as to how many erogenous zones are there in a woman's body.
"Seven, Seven, SEVEN, ^Monica/ Me thinking about the number of match points Roger Federer saved," Netflix India tweeted.

The world number three came out all guns blazing and dropped just three games in the first set, winning it comprehensively.
However, Sandgren staged a remarkable comeback and won the next two sets to take the match in his favour.
With his back against the wall, Federer showed his class and won the next two sets to enter the semi-finals of the tournament.
The world number three has now entered his 15th semi-final of the Australian Open.
He has also become the oldest player since Australia's Ken Rosewall in 1977 to make it to the semi-finals of the tournament. (ANI)