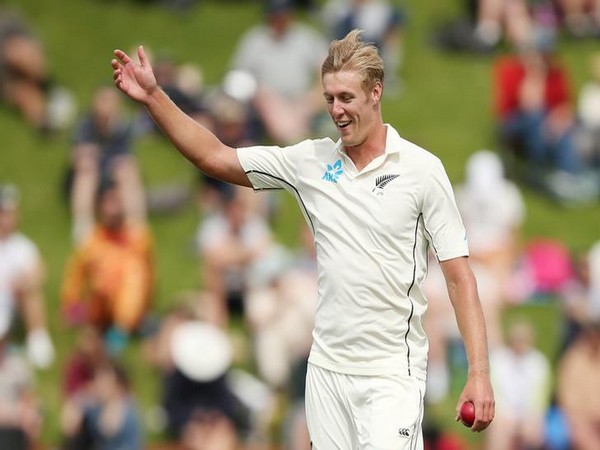 Jamieson will be available for selection against Middlesex in the T20 Blast match at The Kia Oval on June 25 and will remain with the squad until the final group game.
Jamieson will also be available for the final two games in the group stage of the County Championship, against Hampshire at The Ageas Bowl from July 4-7 and against Somerset at The Kia Oval from July 11-14. This will be his first time playing in English domestic cricket.
"I'm really excited to get the chance to play some county cricket after the BLACKCAPS tour. Originally I didn't think this opportunity would be possible with the schedule this year, but with how things have unfolded it's great to be able to join Surrey and experience both T20 and first-class cricket," said Jamieson in an official statement.
"Playing county cricket is something I've always wanted to do in my career, so to have the chance to do so now is awesome.
"I've heard a lot of great things about county cricket, particularly T20 Blast nights at The Kia Oval, and can't wait to take up the opportunity with Surrey to continue to learn and grow whilst trying my best to contribute to the teams' success," he added.
Since making his Test debut against India last year, the 6ft 8" seamer has an average of 15.15, with 39 wickets from just seven matches.
He also has the best Test innings of 51*, scored against West Indies in Wellington last December. In wider first-class cricket he has almost equal averages - 21.51 with the ball and 21.13 with the bat.
His impressive performances for his country attracted the attention of IPL franchises, with Jamieson eventually signing for the Royal Challengers Bangalore for £1.48m, the fourth-highest price ever paid in the competition for an overseas player.
Jamieson comes after Australian Sean Abbott was forced to return home after damaging his hamstring on his debut for the Club last month and pace bowler Kemar Roach went back to the West Indies to represent his country. (ANI)