No excuse, says Casemiro after facing defeat against Real Betis 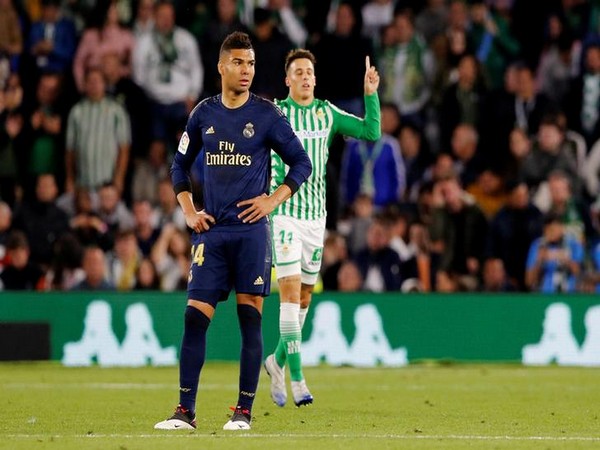 Seville [Spain], Mar 9 (ANI): After facing a defeat against Real Betis, Real Madrid's Casemiro said there is no excuse for the loss and his opponents simply outplayed them.

"They were superior and played better, there is no excuse, football is simple. In La Liga every game is difficult. To win LaLiga we have to play well in every game and today we didn't play well," the club's official website quoted Casemiro as saying.
Real Betis registered a 2-1 victory over Real Madrid in La Liga on Monday.
Real Madrid are currently placed on the second spot on La Liga table with 56 points, just two points behind the table-toppers Barcelona. Casemiro said his club will now focus on the next clash which is against Eibar.
"We have to keep working hard, we have not been up to the task and we have not played like we did against Barcelona. We are human too, but it could cost us the league title. We have to look at Eibar now," he said.
Real Madrid will take on Eibar on March 14. (ANI)