No one wants to play games without fans: Virgil van Dijk 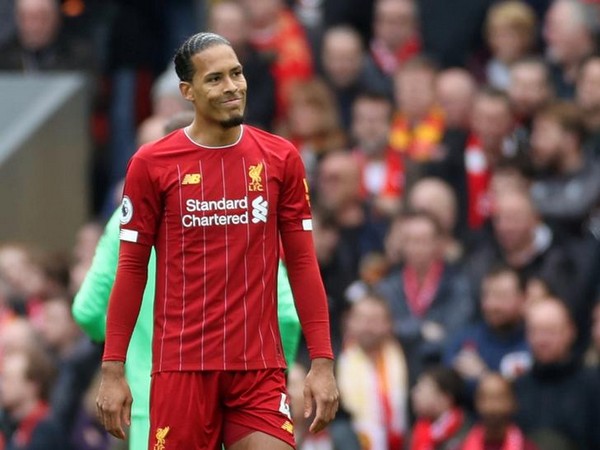 Leeds [UK], Mar 16 (ANI): Liverpool defender Virgil van Dijk said that no one wants to play matches without the fans.
"If we won it in an empty stadium and the fans weren't there, I'd be gutted for them," Goal.com quoted Van Dijk as saying.

"Obviously if there are no fans at Anfield then it will be a bit of a blow - no one wants to play games without the fans," he added.
Liverpool top the Premier League table with 82 points, 25 points ahead of the second-placed club Manchester City. The club is expected to lift the title but the coronavirus outbreak has forced Premier League to postpone all fixtures till April 4.
"Until a decision is made on how we go on from here, then we just have to deal with it. But when it happens we are still bringing the title to our fans, definitely, " said Van Dijk.
Coronavirus, which originated from Wuhan, China in December last year, has so far spread to more than 100 countries and infected more than 1,30,000 people.
The World Health Organisation (WHO) has declared the COVID-19 as a pandemic. (ANI)