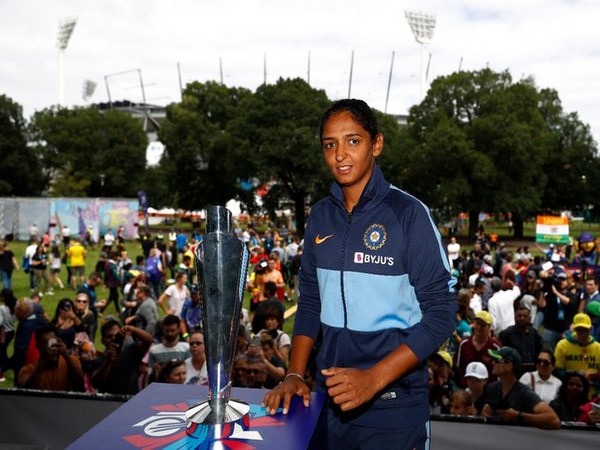 What makes the finals all the more special is that the summit clash will be played on International Women's Day.
The final, which will be played later today at the Melbourne Cricket Ground (MCG), will see India battle the tournament favourites and four-time champions Australia.
Harmanpreet Kaur has found the going tough with the bat in her hand, as she has scored just 26 runs in the ongoing tournament, with 15 being her highest score against Sri Lanka.
However, Harman is no stranger to stepping up when it matters the most. On November 9, 2018, she created history as she became the first Indian batswoman to score a century in the shortest format of the game.
In the 2017 50-over World Cup semi-final, Harmanpreet displayed a batting performance for the ages as she scored 171 against Australia in the semi-final, and this enabled India to enter the finals of the tournament.
The 31-year-old's first leadership stint came in a stand-in capacity. Mithali Raj had suffered an injury before the 2012 Asia Cup final and this enabled Harman to become the youngest India women captain (23 years and 237 days), lead the side to the title.
Harmanpreet is the first Indian cricketer (male or female) to play 100 T20Is. In the 113 T20Is for far, she has managed to score 2,182 runs at an average of 27.27.
In the ongoing tournament, India goes into the finals being the only undefeated side. The side triumphed in all their group-stage matches and progressed to the summit clash as their semi-final against England got abandoned due to rain.
It is the first time, that India has managed to reach the finals of the tournament, and the side would be playing in front of more than 80,000 people at the Melbourne Cricket Ground.
However, easing past Australia in the finals won't be an easy prospect as the hosts are the four-time champions of the Women's T20 World Cup. Australia is the only team in the history of the tournament to make the knock-out stages.
Defeating them in the group-stage was one task, but outclassing them in the finals would be a totally different thing.
India and Australia will take on each other in the finals later today at the MCG. The first ball of the match will be bowled at 12:30 PM IST. (ANI)