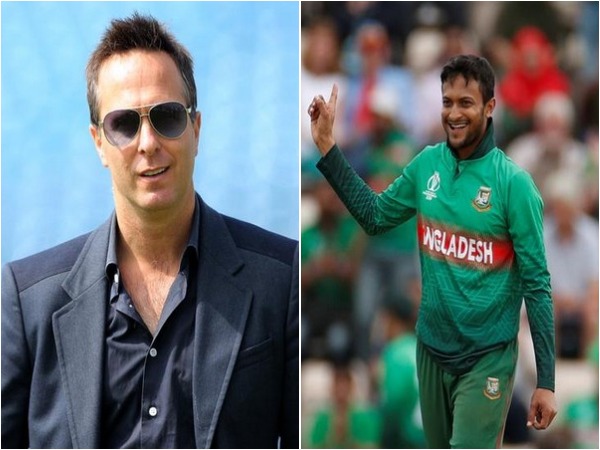 New Delhi: Former England skipper Michael Vaughan has criticised Bangladesh all-rounder Shakib Al Hasan for not reporting the match-fixing offer and added that he has no sympathy for the cricketer.

His remarks came after the International Cricket Council's (ICC) decision to ban Shakib from all cricketing activity for two years, with one year of suspension.

"No sympathy what's so ever for Shakib Al Hasan ... Non what's so ever ... In this era, the players get briefed all the time about what they can and can't do and what that have to report straight away ... 2 yrs isn't enough ... Should have been longer," Vaughan tweeted.

Shakib was banned from all cricketing activities on Tuesday after he accepted the charges of breaching the ICC's Anti Corruption Code. The all-rounder also admitted to the charges and agreed to the sanction with the ICC in lieu of an Anti-Corruption Tribunal hearing.

Shakib will be able to resume international cricket from October 29, 2020, however, it is subject to him satisfying the conditions in respect of the suspended part of the sanction.

After getting banned by the ICC, Shakib said: "I am obviously extremely sad to have been banned from the game I love, but I completely accept my sanction for not reporting the approaches. The ICC ACU is reliant on players to play a central part in the fight against corruption and I didn't do my duty in this instance".

"Like the majority of players and fans around the world, I want cricket to be a corruption-free sport and I am looking forward to working with the ICC ACU team to support their education programme and ensure young players don't make the same mistake I did," he added.

Shakib also decided to step down from the Marylebone Cricket Club's Cricket Committee after getting banned for two years.

"We are sorry to lose Shakib from the committee, where he has made a great contribution over the last couple of years. As guardians of the spirit of cricket we support his resignation and believe this was the right decision," Mike Gatting, Chairman of the World Cricket committee said.
Shakib had joined the committee in October 2017, and he subsequently attended meetings in both Sydney and Bengaluru.
The MCC World Cricket committee is an independent body comprised of current and former international cricketers and umpires from across the globe and the committee meets twice in a year to discuss the prevalent issues in the game.
The next meeting is due to take place in Sri Lanka in March 2020.