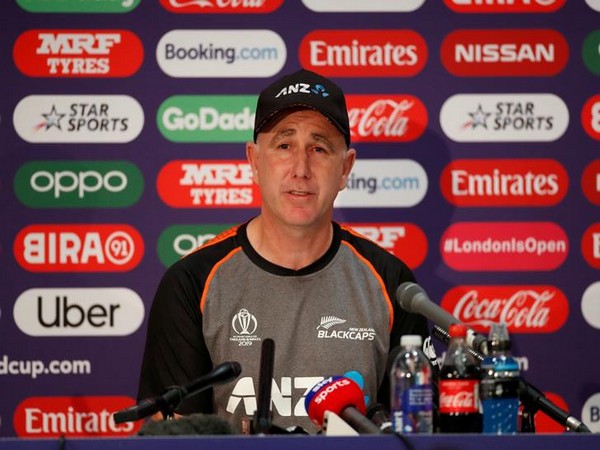 London [UK], Mar 11 (ANI): As New Zealand and Australia gear up to lock horns in the upcoming ODI series, Kiwis' coach Gary Stead said that beating the Kangaroos at their home turf is quite tough, underlining that playing away from home is challenging for any team and so is for New Zealand.

New Zealand will face Australia in a three-match ODI series from March 13.
Australia are coming off from a 3-0 hammering in the ODIs at the hands of South Africa. But Stead feels Australia will be a different beast at home.
"I think Australia are never vulnerable at home. It's one of the toughest places to come and play in world cricket I guess as well. Their reputation, and the record that they have I guess, you see the record and that's why they do have that reputation," ESPNcricinfo quoted Stead as saying.
"And so, I mean, they have come off being beaten in South Africa, but a lot of teams struggle away from home, and I guess no different for us, that's going to be our biggest challenge," he added.
With ICC World T20 scheduled in October this year, the New Zealand coach felt that although the formats are different, any experience that the Kiwis can take after playing on Australia soil could be beneficial.
"It is a different format, but I guess the more information you can get and the more intel you can get on all the grounds, the good thing it is," Stead said.
I'm not sure if the pitch conditions will look the same in the T20 time. So you take all those factors in. I guess ultimately we select the 15 that we think can do the job here, and we'll do that for the World Cup as well," he added.
Australia and New Zealand will face each other in the first ODI on March 13 at Sydney. (ANI)