Not surprised to score goal in Bundesliga return, says Haaland 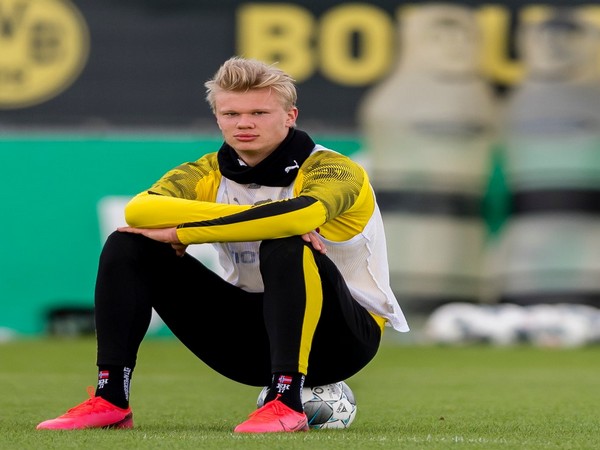 Dortmund [Germany], May 17 (ANI): After guiding Borussia Dortmund to a win over Schalke 04, striker Erling Haaland said that he was not surprised to score a goal for his side.

His remarks came as Bundesliga became the first major football league to restart its suspended season.
The Bundesliga was suspended since March due to the coronavirus.
"Of course I'm not the same. I haven't been playing games for seven weeks, so of course not. But I know I have been working hard this period and I am not surprised to score, no," the official website of Borussia Dortmund quoted Haaland as saying.
The 19-year-old struck the opening goal of the match as Dortmund defeated Schalke 4-0.
Raphael Guerreiro scored a brace while the last goal of the match was registered by Thorgan Hazard.
During the Bundesliga return, many significant changes were there to see for the viewers watching on television.
There were no customary handshakes before the start of the match as both teams came out to the playing field from different sides of the ground.
To maintain the social distancing norms, substitutes were sitting at 1.5m distance from each other with their masks on.
During the goal celebration, players did not come close to each other and they obeyed Germany government's order of following physical distancing.
With this win, Dortmund is now placed at the second place in the Bundesliga standings with 54 points from 26 matches.
They are just one point away from table-toppers Bayern Munich. (ANI)