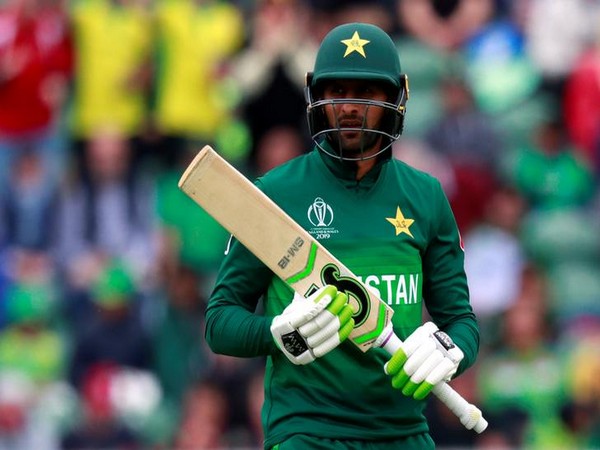 Lahore [Pakistan], Jan 23 (ANI): Pakistan all-rounder Shoaib Malik, who returned in the T20I squad against Bangladesh, said he is not thinking about the ICC T20I World Cup 2020 and is only focused on the upcoming home series.

"I am not thinking about the World Cup; my selection is for the Bangladesh series and I will try to avail whatever opportunity I get," ESPNcricinfo quoted Malik as saying.
Malik has not played in any international game for Pakistan since June, last year. He last featured against India in the World Cup 2019 round-robin clash at Manchester.
"The World Cup is too far out, and I don't set long term goals. Whatever's in my hand I will try. There are lots of youngsters in the team who should be groomed and that is the priority. I also don't want to make a statement that I will retire from T20 cricket after the World Cup. When the time comes, I will see how things are going. I'm still enjoying my cricket," he said.
Pakistan is all set to host Bangladesh for the three-T20I games. Bangladesh will become the second country after Sri Lanka to play a bilateral series in Pakistan since the 2009 terror attack.
Pakistan has successfully hosted Sri Lanka in ODI, T20I and Test series. In 2009, the Sri Lankan team was on their way to Gaddafi Stadium in Lahore for a Test match with Pakistan, when terrorists fired indiscriminately on their bus. That attack left eight people dead and injured seven Sri Lankan players and staff.
"Players do ask us about how things are in Pakistan when we go out and play in different leagues. The sort of security you get in Pakistan, you don't get anywhere else. Some Bangladesh players also inquired about security, and I told them that they should come and have a look at it themselves," the 37-year-old said.
Bangladesh wicket-keeper batsman Mushfiqur Rahim has opted himself out of the Pakistan tour citing security concerns. Malik advised Rahim to first visit Pakistan and then make up his mind about the security in the country.
"Only one player [Mushfiqur] is not coming because of personal reasons. I just want to say to him 'please do come next time and see for yourself'. When the Bangladesh team comes and sees the atmosphere here, I think they will also convince others who aren't coming right now to come for the next leg," Malik said.
"Bangladesh is bringing a strong team. Their system has become stronger over the years. A well-balanced side is coming. But if you look at our T20 team, we have lots of players who have plenty of experience. Babar Azam is highly thought of around the world; when I go play in other leagues, they all praise him. When other players also get chances on a consistent basis, I feel sure they will also perform, too," he added.
The first T20I of the three-match series will be played at Gadaffi Stadium in Lahore on January 24. (ANI)