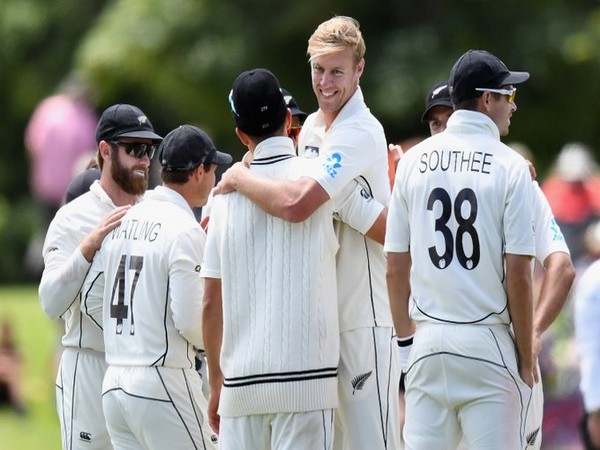 New Zealand who declared their first innings after gaining a lead of 362 runs, made light work of Pakistan batsmen in the second innings and the hosts just took 81.4 overs to bundle out the visitors to gain a comprehensive win. With this victory, New Zealand has now formally become the number one ranked Test team in the world. The hosts also clean swept Pakistan in the two-match Test series.
Resuming day three at 8/1, Pakistan lost the wicket of nightwatchman Mohammad Abbas (3) in just the fourth over of the day as the right-handed batter was sent back to the pavilion by Trent Boult. Abid Ali and Azhar Ali then tried to retrieve the innings for the visitors as the duo put on a stand of 29 runs. However, before the lunch break, the Kiwis managed to get another breakthrough as Jamieson scalped the wicket of Abid Ali (26) and as a result, the visitors went into the interval at 69/3.
After the lunch break, Pakistan lost the wickets of Haris Sohail (15) and Azhar Ali (37) in quick succession as Jamieson had both batsmen caught at the hands of wicketkeeper BJ Watling and the visitors were left staring down the barrel at 88/5. In the 52nd over of the innings, Jamieson recorded his five-wicket haul as he clean-bowled Pakistan skipper Mohammad Rizwan (10). Before the tea interval, Kiwis also dismissed Fawad Alam (16) and the hosts were just three wickets away from victory in the second Test.
Faheem Ashraf played a knock of 28 runs, but he was sent back to the pavilion by Jamieson in the 72nd over and after this dismissal, the Kiwis quickly wrapped up the tail and the side recorded a well-deserved victory.
Pakistan was bowled out for 186 in the second innings. Jamieson had also taken five wickets in the first innings and in the end, he finished the match with a total of 11 wickets.
Earlier, New Zealand had declared their first innings at 659/6, with a lead of 362 runs after bundling out Pakistan for 297. Skipper Kane Williamson had top-scored for the Kiwis as he played a knock of 238 runs.
Brief Scores: Pakistan 297 and 186 (Azhar Ali 37, Faheem Ashraf 28, Kyle Jamieson 6-48); New Zealand 659/6d. (ANI)