ODI series between Australia-NZ to be played without spectators 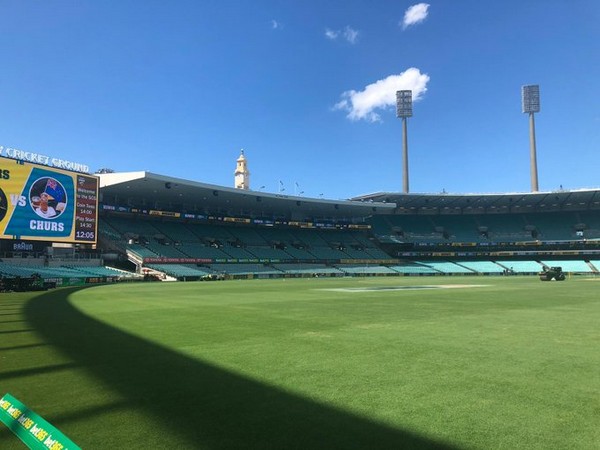 Melbourne [Australia], Mar 13 (ANI): The upcoming three-match ODI series between Australia and New Zealand will be played without spectators amid the coronavirus outbreak, Cricket Australia confirmed on Friday.

While, the Australian women's cricket team's tour of South Africa has been suspended until further notice. The ODI matches were due to be played in Durban (March 22), Pietermaritzburg (March 25) and East London (March 28) and the T20Is were due to be played in East London (March 31) and Benoni (April 3 and 4).
However, Australia's domestic competition Sheffield Shield will go on as planned.
There are four games remaining in the season of the Sheffield and they are: South Australia v Queensland (March 17), Western Australia v New South Wales (March 17), Victoria v Tasmania (March 19) and the Final (March 27).
"We have taken strong action today in the face of an unprecedented public health issue. We believe this is the right decision to minimise the risk of public exposure to the coronavirus, which the World Health Organisation declared a global pandemic on Thursday," Cricket Australia's Chief Executive, Kevin Roberts said in an official statement.
"We understand that these changes to our schedule will impact many, but we hope our community will understand that the public health and safety issues caused by the coronavirus must take priority over sport at this time. This is not an issue specific to cricket," he added.
The coronavirus disease was first detected in Wuhan in China's Hubei province, in late December, and has since spread worldwide.
More than 127,000 people have been infected with COVID-19, with over 4,700 having died and 68,000 recovered.
About 600 people have tested positive for COVID-19 in the United Kingdom with eight fatalities, according to the Department of Health and Social Care.
On Wednesday, World Health Organisation (WHO) chief Tedros Adhanom Ghebreyesus said that the COVID-19 outbreak could be characterised as a pandemic. (ANI)