Olivier Giroud to remain in Chelsea for 2020-21 season 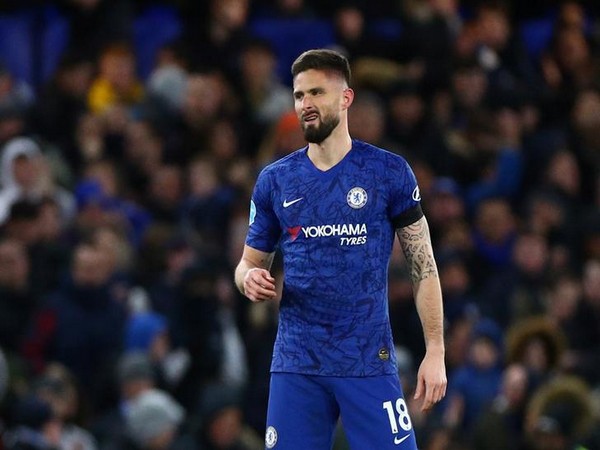 London [UK], May 21 (ANI): The English club Chelsea have extended striker Olivier Giroud's contract, keeping the Frenchman at Stamford Bridge through the 2020-21 season.

The extension will keep Giroud at the club for his third full season, having joined midway through the 2017-18 campaign from London rivals Arsenal.
"I am delighted to continue my journey and adventure at Chelsea. I can't wait to get back to playing and enjoying competitive football with my team-mates. I'm looking forward to wearing the Chelsea shirt again, especially in front of our fans at a full Stamford Bridge, whenever it is safe to do so," he said in a statement.
The 33-year-old has made 39 starts and 37 substitute appearances and scored 21 goals.
Giroud's header in the Europa League final to open the scoring against Arsenal was his 11th in that season's competition, making him the Europa League top goalscorer and a most deserving trophy winner. Included among his goals were a brilliant late free-kick against MOL Vidi and a 'perfect hat-trick' away to Dynamo Kyiv.
He also netted against Liverpool in the UEFA Super Cup in Istanbul at the start of this season.
Among his other highlights at Chelsea so far have been two late goals against Southampton on the South Coast as Blues came from 2-0 down to beat Southampton in his first season, a fine header to settle a tight league contest against Liverpool at the Bridge, and a superb European campaign in 2018/19.
"Since I have been back at Chelsea, Olivier has been brilliant as a professional and as a man in general. He has great qualities to help the squad both on and off the pitch, not only with his talent but with the example he sets every day and the experience he brings to our young squad. I am very pleased that will continue next season," Chelsea manager Frank Lampard said. (ANI)