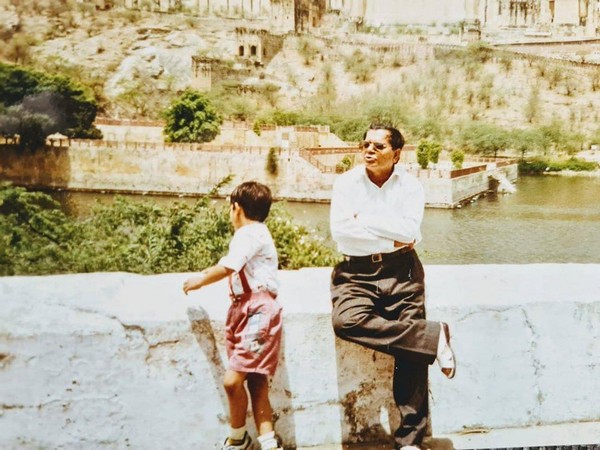 New Delhi [India], June 21 (ANI): On the occasion of Father's Day, skipper Virat Kohli on Sunday wrote an emotional message in the memory of his late father. 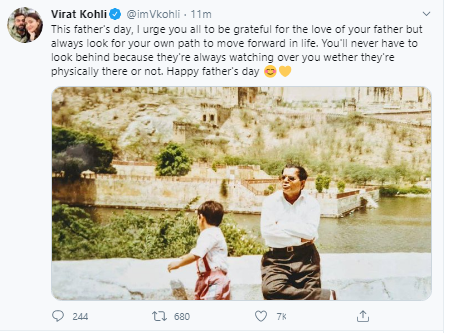 Kohli's father had passed away in 2006 due to a cardiac arrest.
Despite the tragedy, Kohli returned to the ground the very next day to bat against Karnataka in a Ranji Trophy match.
Earlier, during an Instagram live chat with football skipper Sunil Chhetri, Kohli had credited his father for showing him the right path.
"In Delhi, sometimes things happen which are not fair. There was one instance where a certain someone did not play by the rules when it came to selection criteria. He told my father that while I had the merit to be selected, a little extra (possibly a bribe) was needed to confirm my selection," Kohli had told Chhetri during the session.
"My father, who was an honest middle-class ma, who worked hard all his life to become a successful lawyer, did not even understand what little extra meant. My father simply said -- If you want to select Virat, then let it be purely on merit. I will give you nothing extra," he added.
Kohli said that once he did not get selected, it literally broke him, but however, that incident also shaped him mentally and emotionally.
"I did not get selected. I cried a lot. I was broken. But that incident taught me a lot. I realised that I had to be extraordinary to become successful and that I had to achieve this purely through my own effort and hard work. My father showed me the right way, through action and not merely words," Kohli said.
Over the years, the comparisons between Kohli and Sachin Tendulkar keep growing and many have picked the current Indian skipper to break the records set by Tendulkar.
Tendulkar called time on his career after registering 100 international centuries, while Kohli has 70 centuries across all formats.
Currently, Kohli is ranked at the top spot in the ICC ODI rankings while he is in the second place in Tests rankings. (ANI)