On this day: Australia thrashed Pakistan to lift their 2nd World Cup title in 1999 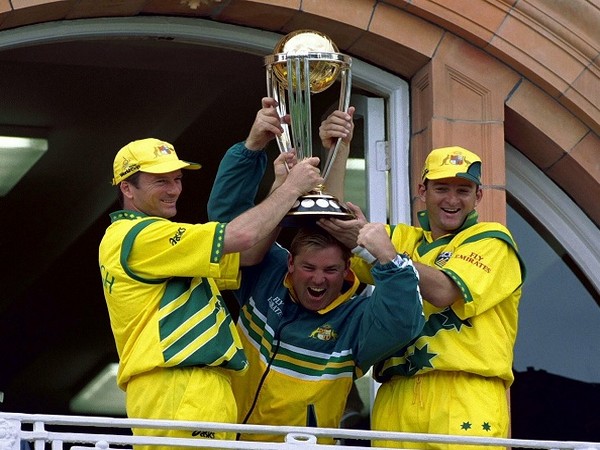 The summit clash was played between Australia and Pakistan at Lord's Cricket Ground in 1999. Pakistan won the toss and elected to bat first only to witness a worst possible start in World Cup final.
Opening batsman Wajahatullah Wasti was dismissed in the fifth over as Mark Waugh plucked a catch off Glenn McGrath. In the very next over, Pakistan lost their batting mainstay Saeed Anwar after Damien Fleming clean bowled the left-handed batsman.
Abdul Razzaq played a cautious knock to revive Pakistan's hopes in the final but was dismissed in the 20th over as the Green Army lost three wickets for 68 runs.
After that Waugh brought on Shane Warne into the bowling attack, and it proved the turning point of the game. Warne spun the web as Pakistan lost wickets at regular intervals.
The Wasim Akram led side was soon found reeling on 113 for the loss of seven wickets courtesy Warne's splendid bowling performance. The side eventually got all out at 132 runs.
Chasing 133, Adam Gilchrist bludgeoned a 36 ball 54 to give Australia an excellent start. In the end, Darren Lehmann carved the winning boundary as Australia lifted their second World Cup title.
Warne was adjudged as the player of the match for his 4-33. (ANI)