On this day in 2019: Djokovic outclassed Federer in Wimbledon classic 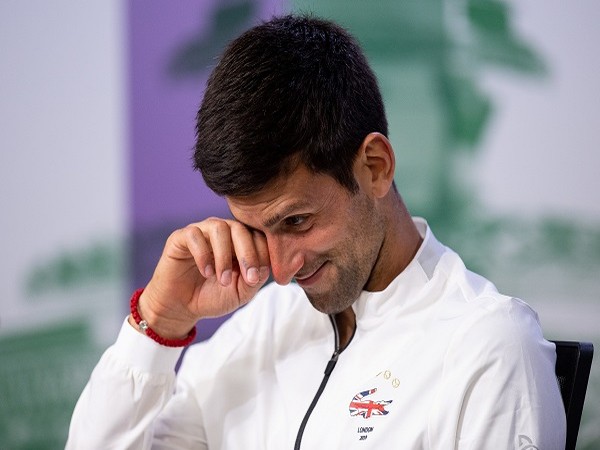 Djokovic secured a 7-6, 1-6, 7-6, 4-6, 13-12 win in a match that lasted for more than four hours. The match had to be decided in the fifth set, as both Federer and Djokovic won two sets in the longest ever final to be played so far in the history of Wimbledon.
The first set was closely fought as both Federer and Djokovic were in no mood to let go of the momentum. Both players broke each other's serves and at one point, the scoreline read 6-6. However, Djokovic showcased his trademark aggressive gameplay to take the first set 7-6.
Federer came out all guns blazing in the second set and he curbed the natural attacking instinct of Djokovic as he won the second set 6-1. In a bid to gain an upper hand in the match, both Federer and Djokovic left no stone unturned.
The third set played out just like the opening set and was a closely fought encounter. The set went onto a tie-break and Djokovic came out triumphant winning the set 7-6.
Facing a must-win set to stay in the match, Federer attacked early on and disrupted Djokovic with his serves and won the fourth set with the match going into the final set for deciding the winner.
In the fifth and final set, Djokovic was able to take an early 4-2 lead. But Federer staged a comeback as he won two games, bringing the scoreline to 4-4. Both the players went back and forth to bring the scoreline at 12-12, bringing spectators to the edge of their seats.
In the end, Djokovic showed his class to seal the final set 13-12 to win his fifth Wimbledon title. This was the 48th meeting between Federer and Djokovic on the court and the 16th meeting in a Grand Slam.
Wimbledon 2021 was also won by Djokovic and as a result, he is now tied with Federer and Rafael Nadal on 20 Grand Slam wins. (ANI)