On this day in 2019, Eoin Morgan smashed record-breaking 17 sixes in an ODI innings 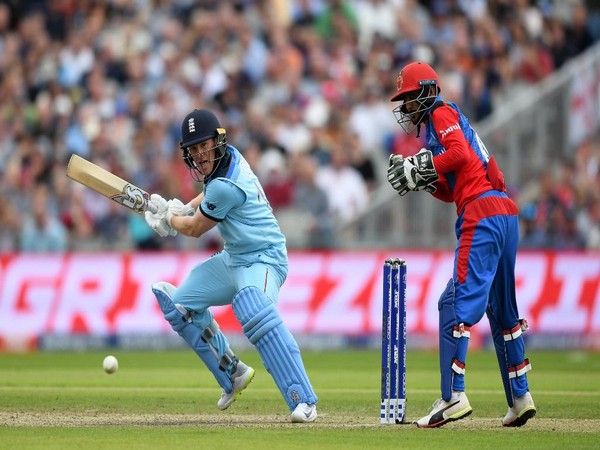 New Delhi [India], June 18 (ANI): It has been a year today to England skipper Eoin Morgan's historic knock against Afghanistan in the ICC World Cup 2019 where he smashed 17 sixes, the most by any batsman in an ODI game.

England won the toss and elected to bat first at Old Trafford in Manchester. Morgan came out to bat in the 30th over and started playing in aggressive fashion from the very start. The left-handed batter provided the much-needed impetus to the English innings and Root played second fiddle to him.
Morgan brought up his century off just 57 balls, registering the fourth fastest century in the World Cup.
The skipper continued to pile on the misery on the Afghanistan bowlers. Morgan hit 17 sixes in his innings, recording the most number of sixes by a batsman in a single ODI.
Morgan finally departed in the 47th over after playing a knock of 148 runs off just 71 deliveries with a strike rate of 208.45.
Before Morgan, the record for the most number of sixes by a single batsman was held by India's Rohit Sharma, West Indies' opener Chris Gayle, and South Africa's AB de Villiers. All these batsmen had hit 16 sixes in a single inning.
England posted the mammoth total of 397/6 in their 50 overs and restricted Afghanistan at 247/8. Morgan was awarded Player of the Match for his brilliant performance with the bat. (ANI)