'One of best days of my life': Sunil Chhetri recalls his first tiger sighting 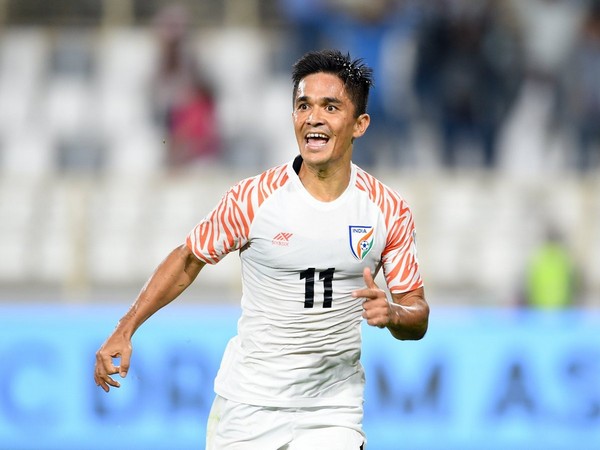 New Delhi [India], July 29 (ANI): On the occasion of International Tiger Day, Indian football team skipper Sunil Chhetri on Wednesday recalled his first tiger sighting which "still remains one of the best days of his life".

Chhetri further stated that he remembers every detail of the "majestic animal (tiger)" and urged the people to protect the wildlife.
"They say your first sighting of a tiger is ever special. For me, it still remains one of the best days of my life. I remember every detail on that majestic animal sitting in a puddle in Kabini. It also serves as a reminder of how much we need to protect the wild. #WorldTigerDay," Chhetri tweeted. 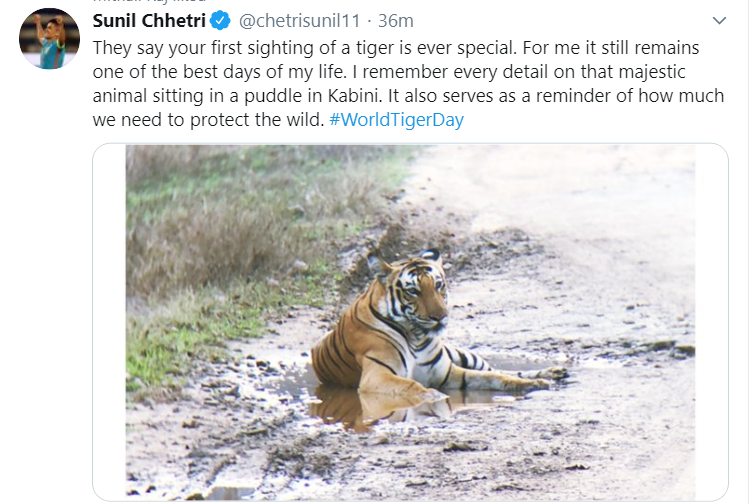 India has 2,967 tigers as per the latest Tiger census. The nation registered an increase of 741 tigers in the last 4 years. Project Tiger was launched in 1973 with just 9 tiger reserves and today the country has 50 tiger reserves.
Uttarakhand's famous wildlife sanctuary Jim Corbett leads India's chart with 231 tigers followed by Nagarhole in Karnataka with 127. Bandipur, also in Karnataka is home to 126 tigers while Bandhavgarh in Madhya Pradesh and Kaziranga in Assam has 104 tigers each.
On Tuesday, Union Environment Minister Prakash Javadekar had released the report of the Tiger Census on eve of Global Tiger Day.
"India is proud of its tiger assets. The country today has 70 per cent of the world's tiger population. We are ready to work with all the 13 tiger range countries in their actual management of tiger reserves," Javadekar had said while speaking at a function at the National Media Centre in the national capital.
"At the international level, we have a lot of soft powers, but one soft power is that the country has animals. India has 30,000 elephants, 3,000 one-horned rhinos and more than 500 lions," he added.
The Saint Petersburg declaration on tiger conservation was signed in 2010. In the meeting, it was decided to celebrate July 29 as Global Tiger Day across the world to create awareness on tiger conservation. (ANI)