One of the most special days in my entire life: Ryan Sidebottom recalls 2010 T20 World Cup win 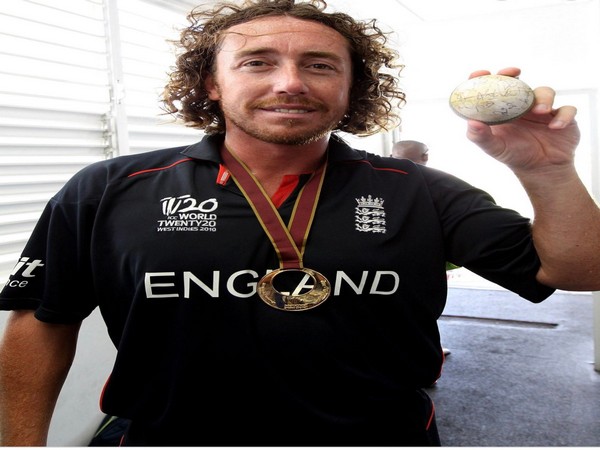 New Delhi [India], May 16 (ANI): Reminiscing England's maiden T20 World Cup win, former pacer Ryan Sidebottom on Saturday said that as a kid he had always dreamt of playing cricket and winning something special like World Cup is what dreams are made of.

On May 16, 2010, England had lifted their maiden, T20 World Cup, under the captaincy of Paul Collingwood. The 2010 ICC World T20 was the third edition of the tournament, held in the West Indies between April 30 and May 16.
"Today is the 10th anniversary of one of the most special days in my entire life. We won a World Cup Trophy Growing up as a little boy dreaming of playing cricket and winning something special is what dreams are made of. All the sacrifices. Thank you mum n dad Cricket bat and ballTrophy #proud #WorldCup," Sidebottom tweeted. 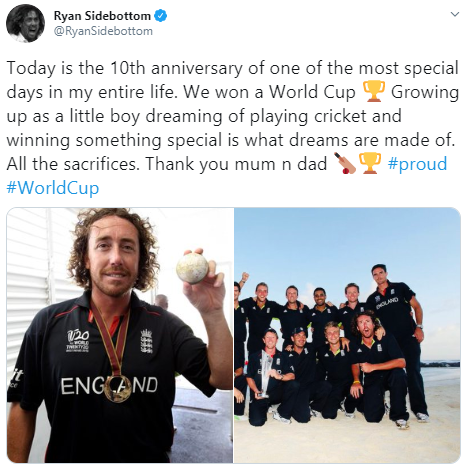 In the match, David Hussey (59) and Cameron White (30) helped Australia post a respectable total of 147/6 after losing three quick wickets in the initial overs.
Chasing 148 in the final, Craig Kieswetter and Kevin Pieterson stitched a 111-run partnership for the second wicket and guided the side to seven wickets victory over Australia.
Pieterson scored 47 off 31 balls while Kieswetter played a knock of 63 runs including two sixes and seven fours.
Skipper Collingwood and Eoin Morgan remained unbeaten on 12 and 15 runs respectively. England chased down the total in 17 overs.
The maiden edition of the competition was won by India in 2007 while defending champions West Indies is the most successful team in the shortest format World Cup as they have won the title twice.
The seventh edition of the T20 World Cup is staged in Australia later this year. The faith of the competition hangs in balance due to the coronavirus pandemic. (ANI)