Our focus is now on game against West Ham: Nemanja Matic after loss to Chelsea in FA Cup semifinal 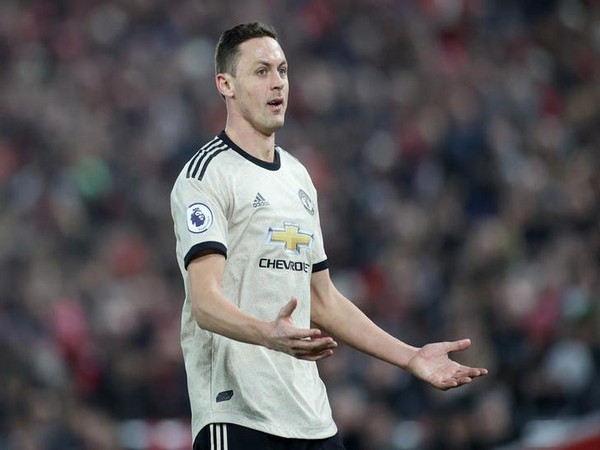 London [UK], July 20 (ANI): After losing to Chelsea 3-1 in the FA Cup semifinal on Sunday at Wembley, Manchester United midfielder Nemanja Matic is looking to win the game against West Ham to proceed to the Champions League.

Red Devils are at fifth spot with 62 points while fourth-placed Leicester City has the same points but ahead in goals with one game remaining.
"I'm already three years at United so for me, every game is special when I play and especially at Wembley, so it doesn't matter who it's against. Of course, there is always some feelings when we play against Chelsea because it is my ex-club, but we are disappointed because we lost," Matic told United's official website.
United can find a spot in Champions League if they would be able to win their remaining two games of the 2019-20 season.
"We wanted to get to the final and Chelsea scored three goals, they used their chances and deserved to be in the final, so our focus now is on Wednesday night against West Ham. We have to win that game," the midfielder said.
"From this moment, we will focus on that and we've already spoken a little bit in the changing room about that. In three days we have another challenge and we have to recover as soon as possible," he added.
Matic added on the lessons United must learn from their humbling at the hands of Chelsea: "We always want to win and that's exactly what we tried today, but this is football. You don't win always, sometimes you don't have your day, you don't play well and this can happen, but we know what we are playing for, so in the future, we cannot allow conceding three goals like we conceded today and I am sure we will learn from this."
United will take on West Ham at Old Trafford on Wednesday, July 22. (ANI)