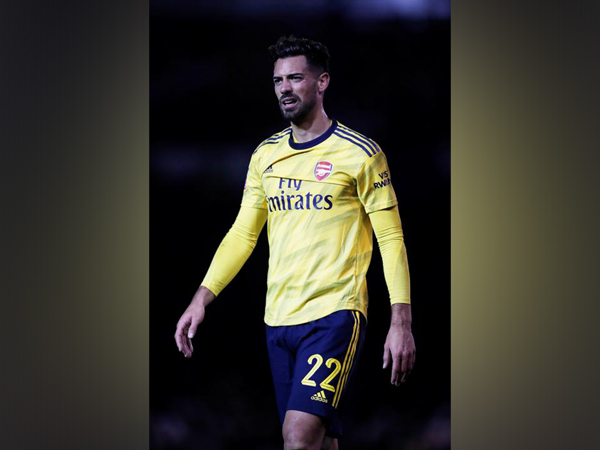 Leeds [UK], Mar 10 (ANI): Arsenal's Pablo Mari is aiming to play for 'a lot of years' with the club and insisted that he will do the best for the team.
"I want to play in one of the best leagues in the world and I am now here. I am going to do my best for the team, for the club, to win a lot of games and also for fans [so they can] enjoy [it] with me. I want to play a lot of years here with Arsenal. I am really happy now," Goal.com quoted Mari as saying.

Mari made his Premier League debut on March 7 against West Ham. Arsenal had secured a 1-0 win in the match.
The Spanish defender joined Arsenal in January from Flamengo on loan until the end of the season. Arsenal has an option to make the deal permanent in the summer.
"Yeah, of course. I am so happy here. I am going to try and do my best until the end of the season. I hope also the club is happy with me and then we are going to find a good end for everybody," said Mari when asked whether that meant he wanted to make his move to Arsenal permanent.
Arsenal will next take on Manchester City on March 12. (ANI)