Part of my job is to protect players from negative stuff: Ashley Giles 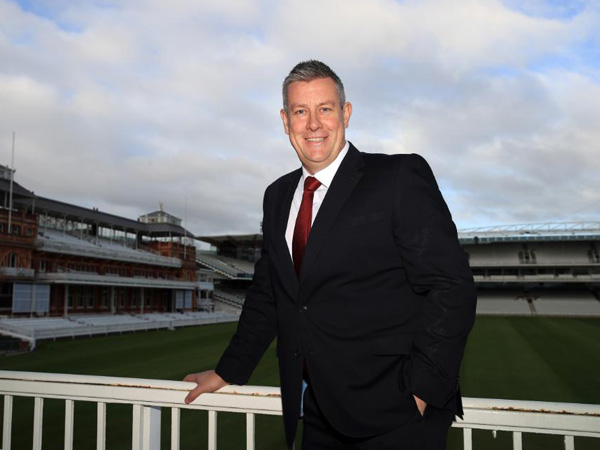 London [UK], Oct 12 (ANI): As England all-rounder, Ben Stokes continues to battle it out with the country's media, the Three Lions' director of cricket Ashley Giles has said that protecting the players from the "negative stuff" is part of his job.

"I think everything is wrapped up for these guys now. Success brings money, brings more pressures, and the pressures are certainly far different from what we experienced when we played. There is a lot of good stuff there they get, but there is also a lot of negative stuff," ESPN Cricinfo quoted Giles as saying.
"Part of my job is to protect them from that, but how exactly do you do that? I do not know. You cannot always watch them or their families 24 hours a day. But we are certainly there for them and player welfare and support is a big thing for us going forward. It is just a worry, in some sense, how his profile can be used against him, and how susceptible they are as a family to this. The bigger your profile the more difficult it can become," he added.
Earlier this week, an English daily had published photographs in which Stokes could be seen allegedly grabbing his wife's face during an award ceremony. These reports led to speculations of a physical altercation between the two.
However, Stokes' wife Clare denied the allegations and tweeted: "Unbelievable what nonsense these people will make up! Me and Ben messing about squishing up each other's faces cos that's how we show affection and some pap tries to twist it into a crazy story! And all before we then have a romantic McDonalds 20 mins later! @benstokes38". 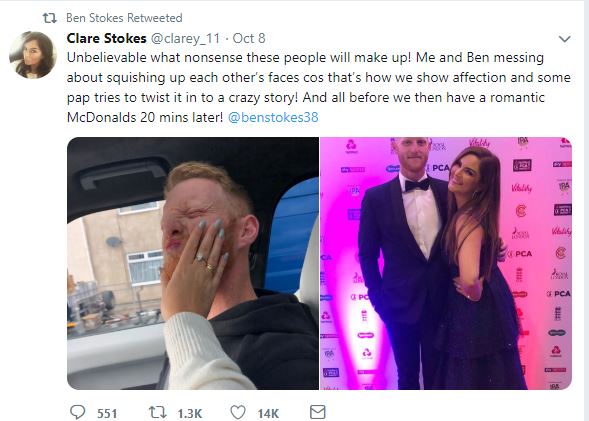 Giles also decided to break his silence on the matter and said: "I spoke to both of them the other night. I was pretty sure, as soon as I saw the story, there was nothing in it. They were obviously concerned because domestic violence is a really serious issue, and we are not making light of that at all".
"But in this instance, it is a very happy couple having some fun, and a picture telling a thousand words, but just the wrong ones," he added.
In September this year, Stokes had issued a statement against an English daily after they published a report about the cricketer's "secret family tragedy".
"Today The Sun has seen fit to publish extremely painful, sensitive and personal details concerning events in the private lives of my family, going back more than 31 years," the cricketer's statement read. 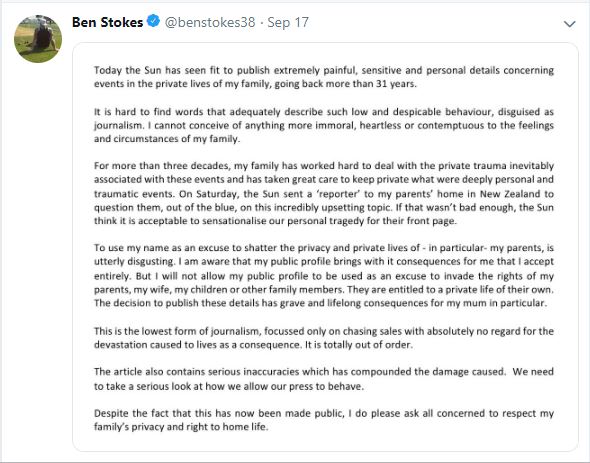 The daily's report claimed that his mother's two children were killed by her ex in 1988, a few years before the cricketer's birth.
The all-rounder called the publication "heartless and immoral" for their reportage and stated that their reporter went down to New Zealand to question his parents about this "incredibly upsetting topic."
"It is hard to find words that adequately describe such low and despicable behaviour, disguised as journalism. I cannot conceive of anything more immoral, heartless or contemptuous to the feelings and circumstances of my family," Stokes said.
He said that his family has worked hard to deal with the private trauma and to keep the "deeply personal and traumatic events" private.
"Yes, some headlines have been not so good, but I think we have to accept that they are human beings and they are going to make mistakes. Ben has made mistakes in his past and we have seen how he can turn it around and we have to think that others who have made mistakes can do that also," Giles said.
"We have always said it is not the end of the line. But the culture bit is really important to us. We have to continue down that line because as we have seen with Australia and the scrutiny they fell under in South Africa (during the ball-tampering scandal), we do not want to be putting ourselves in that position. So it takes constant, consistent short-term checks to make sure we are functioning in the right way," he added.
Stokes had played a match-winning knock of 135 runs in the third Test to guide England to a one-wicket win over Australia in the third Test at Headingley.
After the conclusion of Ashes, he was also awarded England's Man of the Series award.
The all-rounder also had a successful World Cup campaign as he scored 84 runs in the final against New Zealand to help his side lift its maiden 50-over World Cup.
The 50-over and super over action had ended in a tie, but England was adjudged as the winner as they had scored more boundaries in the match. (ANI)