Pepe Reina willing to give everything for Aston Villa 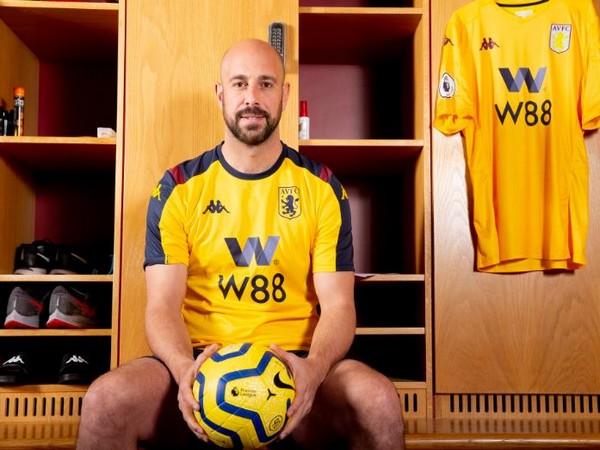 Birmingham [UK], Jan 18 (ANI): Aston Villa's Pepe Reina, who is likely to make his first Premier League appearance on Saturday since 2013, said he will give everything for the club.

"It's a great competition - probably the best in the world. It has historic and iconic clubs, so I can't wait to be on the pitch and give everything for the team," the club's official website quoted Reina as saying.
Reina joined Aston Villa on loan from AC Milan on January 13. After today's clash against Brighton, Aston Villa is scheduled to take on Watford in Premier League and Leicester City in the Carabao Cup's semi-final second leg. The first leg witnessed a 1-1 draw between both teams.
Reina said they have 'important fixtures' ahead and need to do well.
"We have three 'finals' and a (Carabao Cup) semi-final - in the league we have three important fixtures and we need to do well. There are teams fighting with us, so we need to get the points," he said. (ANI)