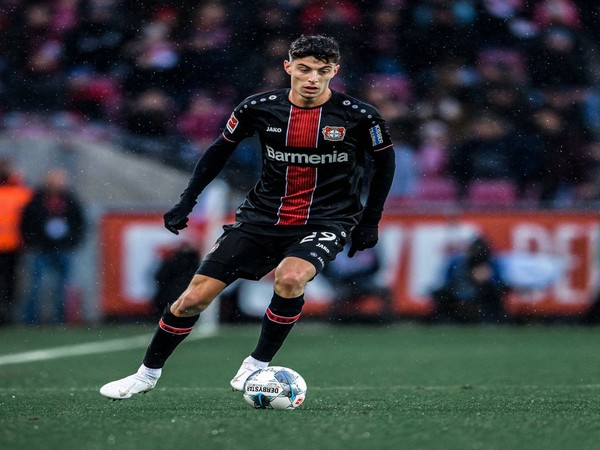 Havertz's first-half brace took the club to a commanding 4-1 victory over Werder Bremen on Tuesday.
"Kai [Havertz] is a special player, but I don't think he played his best game today. He can do much better," Goal.com quoted Bosz as saying.
"I've known him for a long time now and I know he can do much better. It has to do with the rhythm. But for every player, the captain's armband is something special. And so it will be for Kai," he added.
Havertz expressed elation over the victory and has set sights on the club's next match against the third-placed club Monchengladbach.
"I'm very happy. We didn't make many mistakes and deservedly won. Now we want to continue like this on Saturday in Monchengladbach," Havertz said.
It was Bayer Leverkusen's first match after the resumption of the Bundesliga.
Bundesliga returned to action on May 16 after a long hiatus caused by the coronavirus pandemic.
Bayer Leverkusen now have 50 points, just one point behind the fourth-placed club RB Leipzig. (ANI)