Players do get disturbed by constantly staying in bio-bubble: Babar Azam 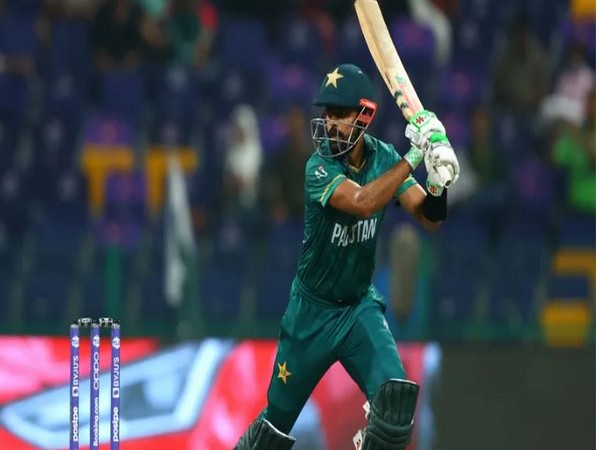 Dubai [UAE], November 9 (ANI): Pakistan skipper Babar Azam on Tuesday said that the players do get disturbed and their concentration levels do take a hit by constantly remaining in bio-secure bubbles.

Pakistan will lock horns against Australia in the semi-finals of the ongoing T20 World Cup on Thursday at the Dubai International Stadium.
"Look they are always ups and downs in professional cricket but yes, players do get disturbed and uncomfortable by constantly being in a bio-secure bubble environment. We have tried to counter that by working as a group and trying to support each other in the Pakistan team," said Azam during a virtual press conference.
"As a player, you need to relax and be ready to absorb the pressure. But at times when things are not going well you need space and you need to refresh, go out on an outing and if you can't get out of the bubble negative thoughts do enter your mind and affect your performances," he said.
On Monday, Team India's outgoing head coach Ravi Shastri also talked about the struggles of bio-bubbles, saying even Don Bradman would have struggled had he stayed in bubbles for a long period of time.
"When you are six months in the bubble, there are lots of players in this team who are all-format players. In the last 24 months, they have been home for 25 days. I do not care who you are, if you're name is Bradman and you are in a bubble, your average will come down because you are human. It is not something you put petrol in the backside and expect the guy to move on," said Shastri during a virtual post-match press conference.
"It does not happen that way. These are tough times, in life, it is not what you accomplish, it is what you overcome and this is what this team has shown. They have shown the drive to hang in there. No complaints but sooner or later the bubble will burst, so you have to be careful," he added.
Talking about the challenge of facing Australia, Babar said: "We have performed well so far in every match we want to carry the same momentum into the semi-finals. As a group, we have done our best and everyone has given his best but every match is a new challenge and this is T20 cricket you have to remain sharp on the given day."
"The match against Australia is important, we have to try to follow the process and not deviate from it in the semi-finals. We have got good support, and we just hope that fans stay behind us," he added. (ANI)