Players gave everything they could: Mourinho after Tottenham knocked out of Champions League 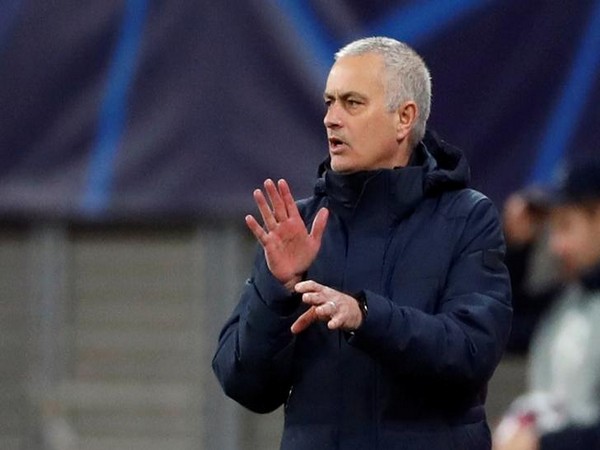 Leipzig [Germany], Mar 11 (ANI): After Tottenham was knocked out of the Champions League on Wednesday, manager Jose Mourinho said his players 'gave everything they could'.

"The players were on their limits fighting until they could but also from the mental point of view, the emotional point of view it's very, very difficult to be on the pitch, to know that it's a really difficult target to achieve," the club's official website quoted Mourinho as saying.
"In the second half, the players struggled but they gave everything they could, everything that was in their limits, then Giovani (Lo Celso) with problems and you can see the way Lucas, Dele, Lamela finished the game - really, really tired," he added.
RB Leipzig stormed into the Champions League quarter-finals after a thumping 3-0 win against Tottenham in the second leg of Champions League last-16 match. Tottenham suffered a 1-0 defeat in the first leg against RB Leipzig.
Marcel Sabitzer scored twice in the match while Emil Forsberg netted one goal to crush Tottenham.
Mourinho praised the opposition for being 'very intense' in the game.
"It's really hard. They were very intense, they were very physical, the rhythm of their game was very strong. We had an opportunity to score, I thought it was going to be an own goal - I saw the ball inside, we had that chance - then they go there, they score and after that it was really hard," he said. (ANI)