Players won't get 'extra boost' with fans being absent from stadium: Wijnaldum 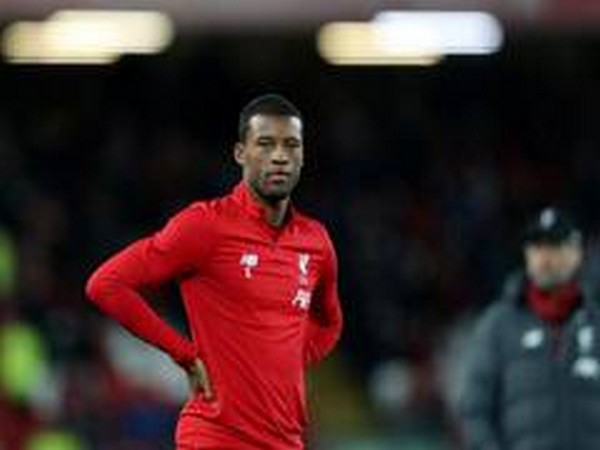 Liverpool [UK], June 21 (ANI): Liverpool's Georginio Wijnaldum admitted that the players will not get the 'extra boost' they used to get earlier due to the absence of fans inside the stadium amid COVID-19 pandemic.

Premier League returned to action on June 17 after a long break due to the coronavirus pandemic. However, the matches are being played behind closed doors due to concerns regarding the spread of the virus.
Liverpool will resume their 2019-2020 campaign on Sunday against Everton.
"Now we have to help each other even more as players. Normally, we also have the crowd, who give us an extra boost and let us go again, give us confidence and everything. We do not have that now, so we have to help each other extra in this time and have to do it together," the club's official website quoted Wijnaldum as saying.
"We know it is not possible for the crowd to come, so we already dealt with that situation in the games we played. It is still strange, but we have to deal with it," he added.
Wijnaldum believes that the resumption of football is a good thing for everyone.
"Now you can play competitive games again, so it is a really good feeling for all of us. I do not think it is only good for us as players but also for the people around the world, because everyone wants to watch football. So I think it is a good time for everyone," he said.
Liverpool are on top of the Premier League table with 82 points, 22 points ahead of the second-placed club, Manchester City. (ANI)