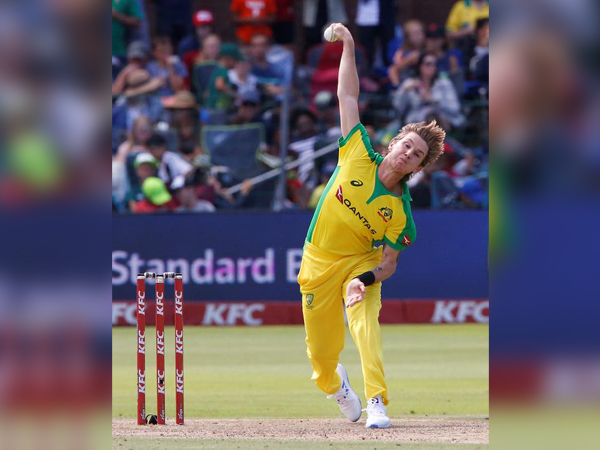 Melbourne [Australia], May 12 (ANI): Australia legspinner Adam Zampa on Tuesday said that playing the longest format of the game is still the ultimate goal for him.

However, a call into the Australian Test lineup is not easy for Zampa as he has played just three Sheffield Shield matches in the last two seasons, managing to take just five wickets.
"For me playing Test cricket is still the ultimate goal. Over the last few years, it's probably really easy for people to pinpoint me as a white-ball bowler. I've played most of the white-ball games for Australia over the last few years so it's really limited my first-class opportunities so I really want to change people's perceptions," ESPNCricinfo quoted Zampa as saying.
"I know my first-class record doesn't really speak for itself but over the last three years when I haven't really been playing first-class cricket I've really improved as a bowler, so I'm looking to still get that baggy green," he added.
Over the years, Zampa has cemented his place as the frontline spinner in the Australian ODI and T20I lineup.
Zampa has said that he knows where he stands when it comes to selection in the Test line-up, saying he has not even had discussions about it with head coach Justin Langer.
"The exposure to red-ball cricket hasn't really been there and I guess with subcontinent tours, you have guys like Mitchell Swepson bowling really well and playing Shield cricket. You've got Ashton Agar who's got a little bit experience as well. Jon Holland has been good in first-class cricket over the last few years," Zampa said.
"I don't really know what it's like to bowl on a spinning wicket in Shield cricket. The closest thing I've had to a spinning wicket is Adelaide Oval when it's green and thatchy and that limits the number of overs you bowl as well. I think there should be an emphasis put on it," he added.
Zampa was last seen in action in the first ODI of the three-match series against New Zealand in March this year.
The spinner managed to take two wickets in the first ODI, however, after that match, the remaining two ODIs were postponed due to the coronavirus pandemic. (ANI)