Postponement of IPL is in interest of nation: Kiren Rijiju 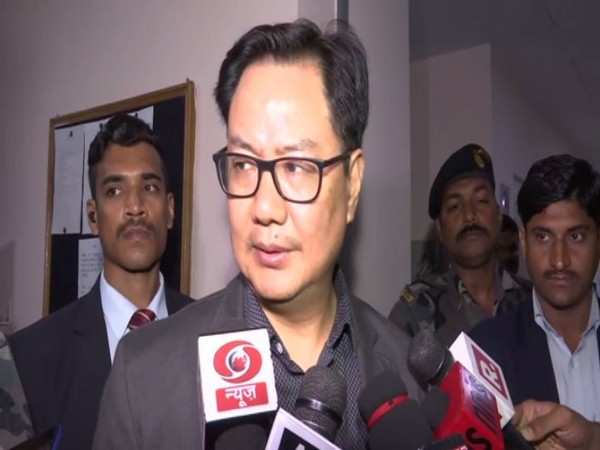 New Delhi [India], Mar 13 (ANI): Union Youth Affairs and Sports Minister Kiren Rijiju on Friday said the postponement of the Indian Premier League (IPL) is in the interest of the nation.

"We had issued an advisory to all the sports federations including BCCI. So, it is good that they have postponed it. It is in the interest of the nation. It is a health concern, which must be a priority for everybody," Rijiju told reporters.
The BCCI on Friday postponed the IPL to April 15 as a precautionary measure in view of COVID-19 outbreak.
"In India, the issue of coronavirus being spread around is something, which is very close to our heart because we have to be very careful. When the Government of India at the highest level has taken a decision, we have asked all the sports federation to ensure that there is no large number of people gathering for the event because that may help spread the virus," Rijiju said.
Talking about the players who are out of the country for playing different tournaments, Rijiju said: "I have repeatedly clarified. PV Sindhu also called me up. I have also tweeted that those players who are playing outside, especially for those tournaments which are very important for Olympic qualification, they can continue to play. They have to follow the guidelines of those respective countries and they have to maintain certain measures, which will ensure that they are safe."
Rijiju said players have to be quarantined if they visit "those countries which are being notified by the Government of India." (ANI)