Postponement of IPL is only option, situation to be reassessed every week: Ganguly 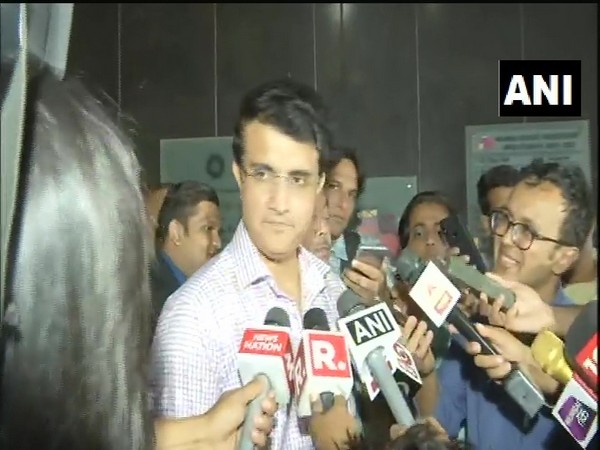 Mumbai (Maharashtra) [India], Mar 14 (ANI): After the IPL Governing Council (GC) meeting, the Board of Control for Cricket in India (BCCI) president Sourav Ganguly on Saturday said the postponement of IPL is the only option and the situation will be reassessed every week.

"The safety of the players is the most important. In the current situation, with what's going around in the world and in India and with the government directives this is all we can do. We have even postponed all the remaining domestic matches," Ganguly told reporters.
"At the moment, we are monitoring the situation and it will be reassessed every week. As much as we want to host IPL, we are also very careful about the security of the players," he added.

The IPL will be a "truncated one" said Ganguly but did not revealed how many days or how many games will get cut-off.
BCCI on Friday decided to suspend the IPL till April 15 as a precautionary measure in view of the coronavirus outbreak. The Central government has also suspended all visas to India till April 15 as part of measures to contain the spread of the pandemic.
The 13th edition of IPL was scheduled to commence from March 29, with Mumbai Indians and Chennai Super Kings meeting at the Wankhede Stadium in Mumbai for the first match. (ANI)