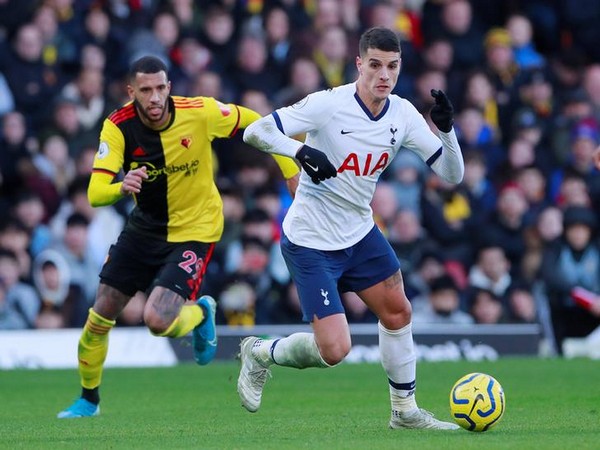 Tottenham started the game in attacking mode as they took to take an early lead in the game. In the second minute of the game, the visitors appealed for a penalty against Craig Cathcart but the referee denied it.
The Lilywhites enjoyed the possession in the game but failed to get an early goal. Japhet Tanganga was awarded a yellow card in the 19th minute for pulling back host's Ismaila Sarr.
In the 38th minute of the game, Tottenham opened up the Watford defence and Lucas Moura tried to take a short but was blocked by the gaolkeeper.
With the start of the second half, Both teams looked positive to score a goal but were not successful. In the 69th minute of the game, Warford was awarded a penalty but the host failed to grab the opportunity as Troy Deeney missed the shot.
In the last minutes of the game, both sides made substitution but did not succeed to score and the game ended goalless.
Tottenham is on the seventh spot in the Premier League table with 34 points, while Watford is placed on 16th place with 23 points. The Lilywhites will next take on Norwich City on January 23, while The Hornets will meet Aston Villa on January 22. (ANI)