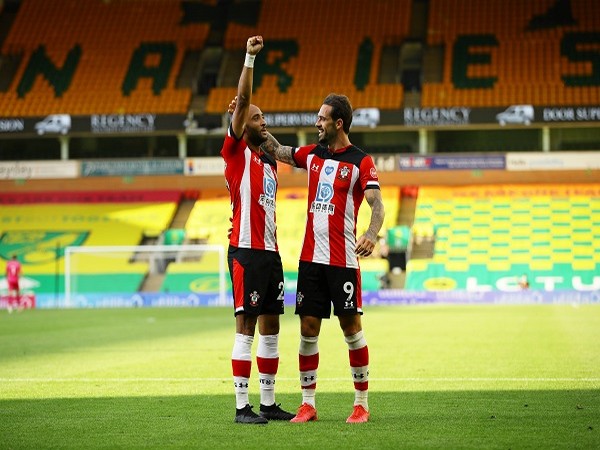 Norwich [UK], June 20 (ANI): Southampton made a scintillating restart to their 2019-2020 campaign as the club secured a sumptuous 3-0 win over Norwich City here on Friday.

Southampton made three changes from their last outing against Newcastle United back at the beginning of March, with Stuart Armstrong and Nathan Redmond returning to replace the suspended Moussa Djenepo and Sofiane Boufal, who started on the bench.
The opening goal of the match was struck by Danny Ings in the 49th minute. Ings picked out the far corner to give Southampton the lead.
Armstrong in the 54th minute then doubled Southampton's lead after firing in a goal from the edge of the area.
In the second half, the Saints continued to dominate the match as they enjoyed most of the possession in the game.
The Saints drew the third blood in the 79th minute as Redmond dropped a shoulder and drilled the ball into the bottom corner to extend Southampton's lead to 3-0.
This splendid win over Norwich City lifted Southampton above Newcastle United into 13th spot with 37 points from 30 games.
Southampton will next lock horns with Arsenal on June 25. (ANI)