Prowess of our forward line was our greatest strength in 1980 Olympics, recalls MM Somaya 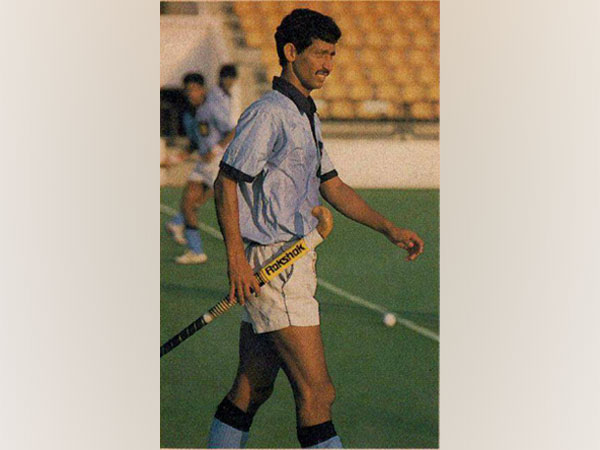 New Delhi [India], July 5 (ANI): With less than 20 days to go for the Tokyo Olympics, the fever is slowly engulfing the entire sporting world. While the Indian athletes carry out their high-octane practice sessions, it's time for the hockey fans to relive the memories from the triumphant Olympic campaigns in the past through Hockey India's flashback series.

In the seventh article of Hockey India's flashback series, former India captain and midfielder MM Somaya fondly recalled the prowess of the Indian team's forward line which helped the side win the Gold medal at the 1980 Moscow Olympics.
"We had a very attacking forward line at the 1980 Olympics. We played with five forwards and most of our strategy was attack oriented. We depended on our five forwards to put pressure on the opposition and that was the main strength of the team," said the 62-year-old.
"Our strategy of playing an all-out attack game really helped us in the tournament and eventually win the final against Spain 4-3," he added.
Somaya, who also played in the 1984 Olympics and the 1988 Olympics, spoke about his excitement of making his India debut at the 1980 Olympics.
"The 1980 Olympics was my first international competition experience. I never played for India before the Olympics. It was very exciting to make my debut for India at the Olympics," the former player said.
"We played against relatively easier opponents in the initial stages of the 1980 Olympics, so I had some time to find my feet in the international circuit. I was fortunate that I had a good coach in Balkrishan Singh and a good captain in Vasudevan Baskaran and therefore I could perform to the best of my abilities," Somaya added.
The former India captain didn't just play for the country for the first time at the Moscow Olympics, but also played on an AstroTurf hockey pitch for the first time in his life.
Somaya explained how the Indian team prepared for the fast nature of the AstroTurf pitches by practicing on gravel hockey pitches before the Olympics.
When asked about at what point did the Indian team start believing that they could win a Gold medal at the 1980 Olympics, Somaya said, "Spain and Soviet Union were among the strongest sides in the 1980 Olympics. We had our strategies in place for Spain and Soviet Union, however, Poland also emerged as one of the strong teams during the tournament.
"They would defend for long spells and then suddenly counterattack. So, we drew against Poland and Spain in the pool matches. They were tough matches for us. The Europeans were ultra-defensive. In the end when we had to play our final pool match against Soviet Union, we had to win to qualify for the final.
"When we won the match against Soviet Union, we started believing that we could clinch the Gold. Even in the pool match against Poland we were trailing 1-2 and we managed to equalize in the last few moments of the match. Those two matches gave us the belief we can come back from any situation even if things are down," he recalled.
After India fought hard and won a close match against Spain in the final, Somaya, unfortunately, couldn't celebrate the Gold Medal right away.
"My celebrations after winning the Gold was a bit delayed because I had to go for a dope test soon after the game (laughs). Random players were called for the dope test, so Zafar Iqbal and I had to go for the dope test," said the former skipper.
"But after the test, we celebrated once we were back to our rooms and let our hair down. I will never forget those celebratory moments. Playing in my first tournament and winning it was almost too good to be true, but it was great fun," he added.
Somaya has been following the current Indian men's and women's hockey teams ardently and has great expectations for the teams at the upcoming Tokyo Olympics.
"I am positive about the Indian men's and women's hockey teams' chances in the Tokyo Olympics. They have been in good form recently. The teams are physically fit and a talented bunch of players. I have great expectations from the teams. I am very hopeful that we will come back with a medal this time. I wish the Indian teams all the luck and I will be cheering for them," Somaya signed off. (ANI)