PSG is going to do everything to win 'historic trophy': Thiago Silva ahead of Coupe de France final 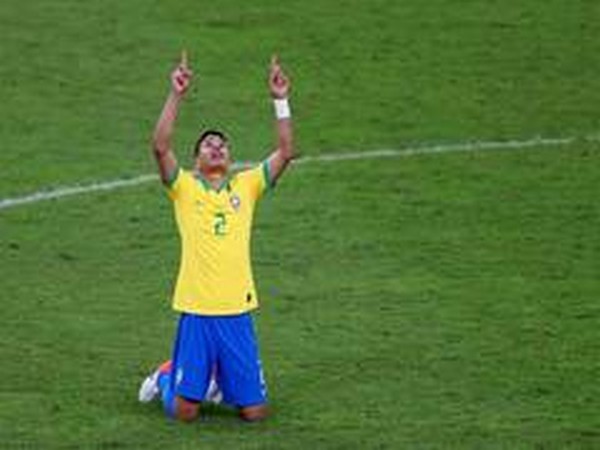 Paris [France], July 23 (ANI): Ahead of the Coupe de France final against Saint-Etienne, Paris Saint-Germain's Thiago Silva has said that his side is going to do everything to win the "historic trophy".

"The Coupe de France is a historic trophy. It's even more important this year because the club is celebrating its 50th anniversary," the club's official website quoted Silva as saying.
"So I think it's a very important moment to concentrate and give everything for the team, with the aim of celebrating at the end. This Coupe de France is very important. Winning it is magnificent! But before that, we've got to play the game. We're going to do everything we can to bring it home," he added.
PSG are high on confidence as they performed brilliantly in their friendly matches.
The club thrashed Celtic FC by 4-0 in a friendly match at the Parc des Princes on Tuesday. This victory came after big wins over Le Havre (9-0) and Waasland-Beveren (7-0) in friendlies.
PSG will play Coupe de France final against Saint-Etienne on July 24 and will face Lyon in the Coupe de la Ligue final on July 31.